Michael Nowlis from the London Business School quoted a Pabulum Advertisement (above) at the commencement of his discussion on innovation, arguing that leadership was in a state of radical transformation. It was a quote which underlined the major theme of an absorbing and thought-provoking event.

Social media and a climate of uncertainty are reinforcing the intrinsic importance of leaders acting with humanity towards their people and seeking new routes to engagement, as methods of communication create an environment of complete transparency.

Perhaps the most compelling argument of the forum was the fact that leadership is no longer able to be defined purely as a theoretical construct or model, but rather as an individual’s approach to interacting and engaging with people in order to realise a unified vision. 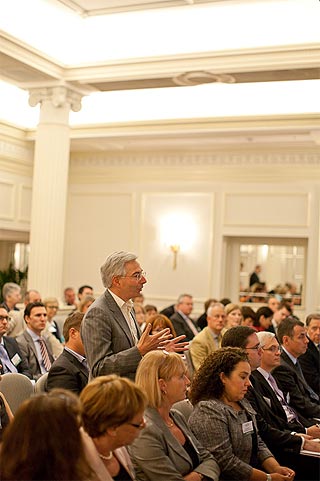 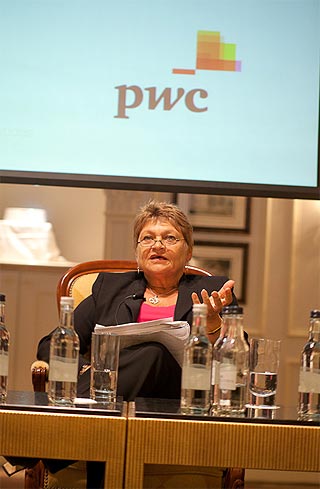 “Leadership is not about walking on water, it’s about being dead ordinary and acting with humanity – seeing the world in they eyes of your people.” 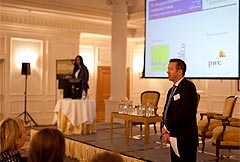 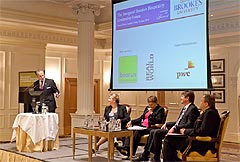 The forum provided many challenging arguments, with an array of speakers covering themes around leadership and talent development, innovation and leadership and responsible business. The hospitality industry has produced many inspirational leaders all of whom have a unique story to tell which exemplify varying principles of strong leadership.

“The golden rule is that there is no set rule.” 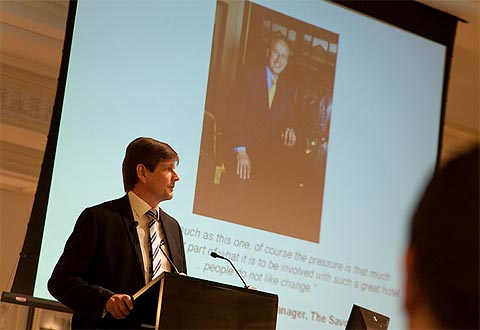 “I am someone who knows they don’t know a lot of things, and that has been the enlightenment of my career.” 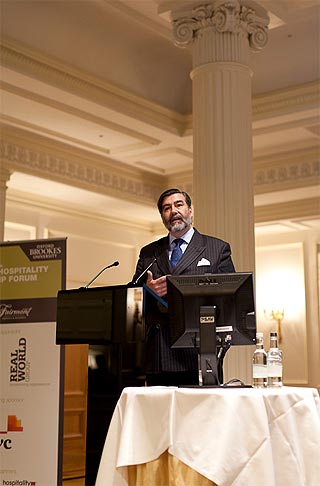 “Situational leadership is more important than ever before.” 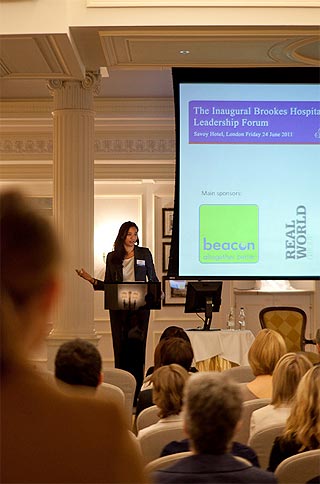 As we look back on a fortnight of grim economic news, public sector strikes and ongoing international crises is how the hospitality industry will recognise and react to the increasing leadership challenges faced on an almost global scale.

Social Media – the wisdom of crowds

Don Birch from Brand Karma delivered an important illustration of what has been the most topical and defining trend in 2011:

Facebook is now the world’s third largest community. What lies ahead is getting to grips with the communication potential of social media in helping to realise huge opportunities for the industry and leaders of tomorrow.

The reality is that the hospitality industry is at forefront of massive change and it will be up to leaders to deliver new ways of engaging with customers and employees to set the scene for the future. 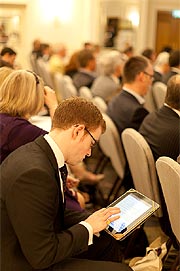 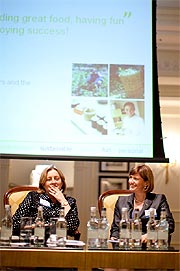 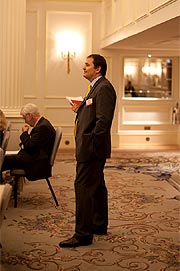