Why is France beating us at productivity?

The output produced by an average French worker is much higher than that of a British worker according to the FT. Our question is has France’s strong development of service culture and customer centric approaches provided the fuel for this productivity? And is there a correlation with the UK and the rise of aggression behaviour?

It is an interesting question to ask. In France the typical working week is Monday to Thursday and the average worker produces the same amount during this time as a British person working Monday to Friday. So something is clearly not working.

At the same time there is a rise in the aggressive nature of people which is most noticeable on the streets where old fashioned values of being polite and kind seem to be disappearing. But it is also visible in the rise of crime which is accelerating, according to police figures, by a 14% year-on-year increase in offences recorded. Are the soaring numbers an indicator of society neglect? It is a worrying time.

Does the high level of service culture in France play a strong role in their productivity levels? With workers who are relaxed and appreciated they are happier but also carry the right behaviours and operate within positive and effective cultures.

Why does all this matter now?

It is a worrying time but it does provide opportunity to create real change. To bring kindness, care and compassionate to the forefront and generate an outcome which increases good behaviours. This is where the Hospitality Industry can make a meaingful difference – and in turn create a real service culture. Our businesses can provide a break from the current gloomy situation and allow people to relax in welcoming surroundings over quality food and service.

It should in turn raise the level of respect for the sector which has arguably been low and is especially low at this moment in time. Both as a way of attracting talent into the industry but to also bring the community to hospitality businesses.

There seems to be a real desire in leaving behind a legacy from those of all generational groupings. We are more aware and the numbers are clear.

There is the opportunity for businesses to make a difference and become the strongest pillar in their local community and possibly society. The traditional pillars of the Bank Manager and Doctor have changed so it does need someone to take the leadership reins. 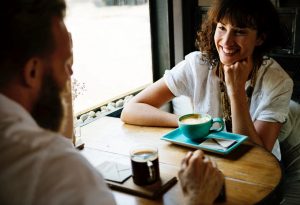 The Hospitality Industry can influence life in the most positive of ways and there are already some who are making a difference in a range of ways. From letting a local charity use their empty space through to employing a former homeless person – we have the power to make real impact.

The argument for feeling valued isn’t just internal, it also needs to be expressed to others because if it makes them think and act differently, then that starts a real momentum for change. EP has been promoting this campaign because its the right thing to do but we can’t do it alone.

By making positive differences it creates this service culture which in turn increases productivity and suddenly the UK can start to compete with France again. Perhaps even overtake.

Hospitality can take this step forward but it does take a change in behaviours. The results should bring further business and real value but it does take action. By engaging employees and customers it makes a special difference and now is the time to embrace and make that change.