Weather plays an important role in the appeal of a location. But when the snow on the ski slope doesn’t arrive in time, what impact does this play on the region?

A dry December is a growing concern for hotels that rely on the weather for their business. For many mountain properties they do a large proportion of their business over Christmas and New Year and when the tourists arrive to no snow, even the beauty of the region cannot halt their disappointment.

However, the unhappy guest is not the only problem linked to the weather – hotels are struggling to source the staff. Without them the hotels face the real threat of closure.

Many employees are seasonal workers who spend their summers on the French Riviera and switch to the slopes for the winter. With the snow arriving later each year these experienced employees are deciding it’s no longer as lucrative working over the winter after eight months on the Mediterranean coastline.

The French Alps are famous worldwide, with Mont Blanc towering as the highest Western European Mountain. Nearby is Megève, a town popular as a ski resort. Conceived in the 1920s as a French alternative to Saint-Moritz, it was the first purpose-built resort in the Alps. The last three years has seen a late snowfall in the area, causing a cascade of issues. 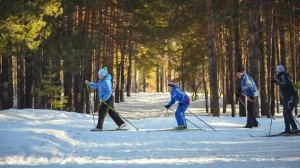 Pierre-Vincent Heyraud is Head of Development at Zannier who have Le Chalet Zannier nestled in Megève. He explains how the dry weeks can play a huge role in running a property in the region, which is only open during the winter months. “Our business suffers because our guests can now access web cams on the mountain and see if the snow has fallen or if they should go higher up in the Alps to ensure they have the snow.”

Pierre-Vincent sounds naturally fed-up with the situation because he is well aware of the important revenue being missed out on. However, the underlining issue and a key concern for him is the employment of staff. “Not enough people are  looking to work over the winter season because of the snow arriving too late. It is a dilemma facing all properties around here. We are finding we have a mix of very experienced individuals who love the mountain and beginners that are keen but lack the skills.” 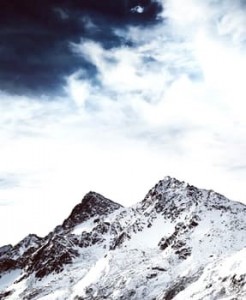 “People are simply not looking to work over the winter season because of the snow arriving too late.”

Pierre-Vincent Heyraud is Head of Development at Zannier

Snow climatologists cannot yet confirm a pattern but Pierre-Vincent believes that a few more years and the destination may be no more unless a solution is found. Some resorts are turning to artificial snow to patch up vulnerable sections of the slope but this is an expensive solution. “We are actors of the destinations and it is up to the local authorities to make the big decisions needed.” Says Pierre-Vincent. “Our hope is that a dialogue can be opened to make sure we are on the same path. At the moment the issue I feel is not fully understood by them.”

Snow cannons may be one solution but they rely on vast amounts of water, a below freezing temperature in November to start the process and may damage the mountain landscape. Snow farming is becoming a thing and mountain communities will need to act before it may be too late. Where the responsibility of the destination lies must be decided but before that takes place, Pierre-Vincent and other hotels are facing a dry uphill struggle.