The Importance of Legacy

So often over the last twenty years it has been said that many CEOs just cannot invest real time, money and effort into the people piece as their tenures are expected to be short and the core priority has to be shareholder value. The base of the argument is that the average lifespan for many CEOs lies between 24 and 36 months and therefore the focus is forced to be on profit and value generation as this determines the rewards and prosperity of the shareholder and leadership teams.

There is fair merit to the argument but it is also an abdication of a core responsibility which is is to build both sustainable business and leave a legacy that stands beyond one’s tenure. Leadership should not be just about what happens whilst in the post but  should also carry a greater responsibility beyond.  If it is all simply about immediate value, then of course we create a transactional, shallow culture which leads to many of the problems that we face today – lack of trust in leadership, the rise of the gig economy, skills and talent shortages, dissatisfaction, the side hustle and on the list goes. It is all part of a logical equation.

It is all about fair balance. 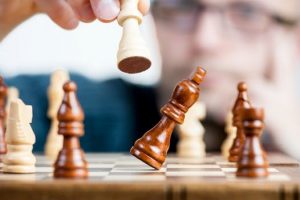 When the French are challenged over the reputed loss of their position as the culinary leaders of the world, they will often respond by noting that their chefs stay true to their local cuisines, foods and produce. For them it is not about a temporary loss of favour or perception but how they protect their heritage, their legacy that lies within the local recipes, wines, produce. It is the same with the Italians and the Swiss – there is an inherent understanding that their culture and heritage is more than just about them – that they are guardians of what they have inherited and that they possess a responsibility to be true to what came before and to what follows.

It is the same with Indians that have inherited wealth from their families. They see themselves often as not being rich just for themselves but that they have a responsibility to their families and future generations to protect that wealth for the future. They are simply the guardians.

It should be no different in business.

Legacy should be every leader’s responsibility and duty – not a luxury item. Of course, business is about profit but it is also about people, culture, values, product and how it contributes to beyond the boundaries of the business itself. A CEO is the guardian of a business’s history and should lay the ground for the future.

The young talent today do understand this and this is why the new generations offer an exciting future – as they want to return to something that is bigger and offers more than just great profit returns. They want to see real social contribution, great food produce, great people working together to build something of value.

The issue is only one of pressure and mind-set. Every CEO will face pressure to achieve immediate results – that goes with the pay reward and the role. Every CEO also will face criticism, problems and challenges. That is part of leadership. However the missing piece is what lies beyond and how every leader carries their responsibility with the day to day pressures. If everyone invested in their cultures and people, we would face far less serious challenges today. Many of the problems have been self-inflicted. We have accepted all the good that technology has brought us and asked no questions of the price for that advancement.

Profit and cash is king but that is not the only responsibility of the leadership team.