Air traffic controllers will strike in France, Italy and Portugal over the next month. How much will this impact customers and the travel industry? 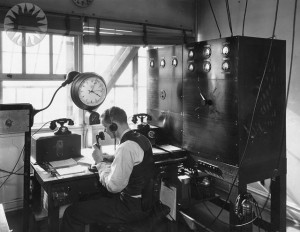 With major airline companies calling for strikes across the EU, we are trying to assess what are the costs associated to it.

The main effects can be seen in France, which is seeking to revive its economy through tourism. The country is now heavily dependent on tourism, which generates over 7% of Gross Domestic Product and over 13% of that is the Ile-de-France region, which includes Paris.

The strikers in France are protesting new labor laws imposed by the French government that make it easier for employers to fire workers and reduce overtime pay. This is certainly not helping the country which is already burdened by security concerns and flooding problems. There have been 50strikes by  French air traffic controllers since 2009.

The Telegraph reports air traffic control strikes will take place in Portugal for two hours a day on June 30 as well as July 8, 15, 22 and 29. According to Flightworx, Madrid is also reportedly taking industrial action on June 28 and 29 at Adolfo Suárez Barajas airport.
SDP members in Spain are striking over fears on the insecure future of their jobs. They have reported the company Ineco, run by Spain’s transport ministry, for making changes to their employment contracts.

A national strike may see up to 500 flights cancelled nationwide. Trade unions claim that the current pension reform is creating double standards whereby some people would retire as they turn 60 and others only at 70.

Hospitality and Global News this week

Carlson Rezidor partnership helps build greener hotels. Carlson Rezidor Hotel Group has announced a partnership with IFC, a member of the World Bank Group that focuses on private sector development, with the aim of promoting the design and construction of green buildings in emerging markets. Find out more

Shock and uncertainty: travel industry reacts to Brexit. Airlines, tour operators and travel groups have been thinking aloud about the impact of Brexit on the aviation and hospitality sector as well as the coverage for Brits visiting the EU. Read more

China tornado: 51 killed in Jiangsu after extreme weather rips through eastern province. Southern and eastern China have had weeks of torrential rain and storms that has already claimed a number of lives. Find out more

A Cautionary Tale of ‘Stem Cell Tourism’ A growing number of clinics, often in places like Russia or China, but also in Europe and elsewhere, say on websites that they can treat, even cure, diseases like muscular dystrophy, Alzheimer’s, Parkinson’s and so on. Read more