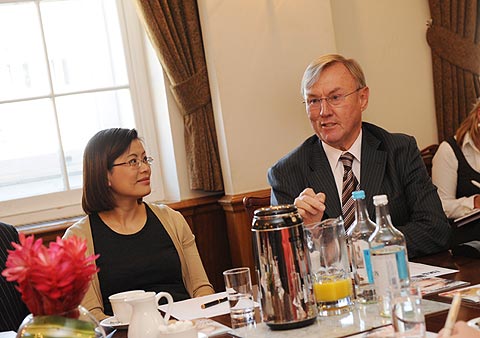 At the International Forum this week, the topic discussed was: Managing cultural sensitivities in the international market

One of the most often discussed topics in speaking with international operators is the subject of managing local sensitivities in their development process, whether these be focused on the consumer, employees or business-to-business. From tailoring a product or working with the local population, leaders consistently argue that not only do they have a lot to learn from the process of moving between countries, but that equally there is often a lot to be imported back into the home country!

Economist and strategist Pankaj Ghemawat, has explored the subject of cross-cultural management and long argued that “the world is not flat and that matters for business.” In his view the world is still only semi-globalised, and cultural differences are one of a myriad of factors which impact on expanding international borders. One of his most striking statistics is that, whilst most people assume that there is a balance between international and domestic influences, in reality 90 percent of all phone calls, tourist arrivals and investments are local.

So for hospitality and leisure organisations operating internationally, or for those who are intending to do so, what are some of the key trends? 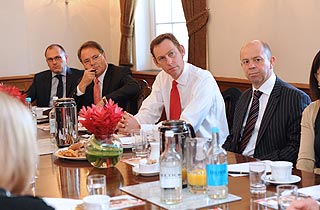 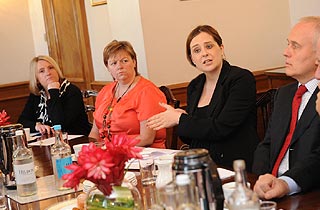 The main debate by the forum centred around the following questions:

How important is the business model in managing cultural sensitivities?

“We have few global contracts. Many clients say they want this, but in reality it is usually managed locally. Often we may sign global deals wanting to make money in one market, in order to offset losses another. In addition, we have global account managers that can manage expansion into new markets.”

“In China, we have found that saying ‘yes’ doesn’t mean, ‘I’ll do it’, it means ‘yes I understand’ and this subtle distinction has resulted in mistakes that have cost millions to our business. Yes, global agreements happen but they inevitably unravel at the first hurdle – the first three steps into a new market are the hardest.”

“Finding the right partner is of critical importance. In a European context a meeting is to make a decision, whereas in China meetings are to ratify previously arranged decisions through private meetings. However, once made decisions in China are binding and move at extraordinary speed.”

“You have to have flexibility and humility to take what happens locally and adapt.”

“Ultimately this is potentially a transformational game for our business as growth in volume is important, and there is a limit to how much you can do in the UK. International expansion has enormous opportunities and potential.” 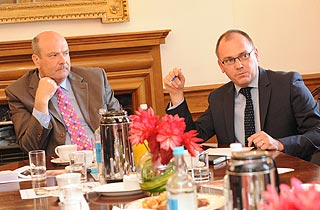 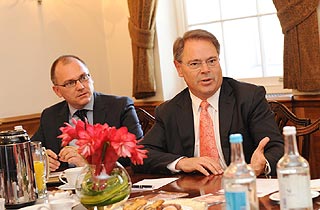 Where is the moral and ethical line drawn when seeking to operate internationally?

“The lack of a legal system in China is a big problem, versus India which is the exact opposite. We can be a bit snooty with corruption; actually some of our experiences in France have been much more surprising than in emerging economies.”

“Our business model is based on ownership of properties, and in my experience you have to take a long-term view. Getting permissions and agreements signed can, in some countries, take many years. For example in one situation we had a site for 10 years and it took 8 of those to gain planning permission! In these situations you just have to decide whether you are in it for the long term.”

“Employment laws are often the first area that I scrutinise before making final decisions. In the Middle East, for example, there are few minimum standards for benefits. Morally do we reward employees there the same as we do in the UK or do we take advantage?”

“We employ local lawyers in the country in which we operate, particularly in China, as they know the legal system and it sends the right message to our partner.” 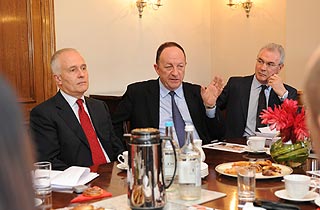 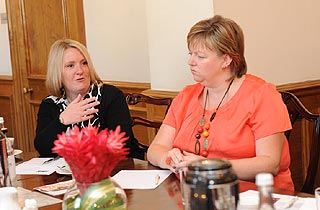 What are the important areas for consideration in developing internationally when it comes to the management of staff?

“You MUST integrate into the community, whether it is through sponsorship of local sports teams or supporting local farmers, there are many avenues. Failure to do this can get the locals offside and cause unrest in your operation.”

“I know of one company who is employing MBA graduates in the UK to acclimatise to their business, before being repatriated to their home country.”

“We rely heavily on our culture when we go in and I agree that community involvement is important. One thing that often comes up globally in our employee surveys is community outreach. Everyone told us that they wanted the brand to allow the employees to do their own community outreach. We are rolling this out – it can be two hours a month to do community work, but it is done by local people, not expatriates and at the same time it is maintaining your brand values.”

“A company’s value and mission statement can be interpreted very differently; it can be much more powerful than it might be in a UK context.”

“I agree. In almost every country we have entered, people have been more responsive to these statements and messages. The UK is the most cynical country and the least open to mission, vision and value statements, by comparison.”

“Sincere, happy service is a rare commodity and can outweigh technical skills. Humility and patience is important. There is an extraordinary willingness of people to want to get it right in international operations; you just need to harness that.”

In a changed world, exploring international boundaries will become increasingly important to hospitality organisations. Understanding local customs, culture and infrastructure are vitally important to making a smooth entry into new markets. Ultimately, however, for large and small operators flexibility and humility to adapt to new situations of paramount importance, but the results of persistence could deliver considerable reward. 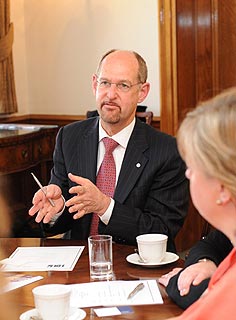