The Need to Protect Friendship

Much has been written about the decline in trust but it is not as simple a problem as may seem the case. Is it just about behaviours and leaders being visible? Arguably behaviours are far better today than ever before but there is something wrong and it is growing. One can almost feel the increase in aggression and alpha behaviours in everyday life which is strange given the increased focus on behaviour that may be deemed to cross a line.

Much has also been written about how social media causes anxiety and stress. However, the argument is that as the world has now become so transparent and open through social media, people have become guarded in how they behave. One mistake and it is all across social media and this has created a fear that makes people more guarded.

There is a school of thought that argues that as people become more guarded, so they that are less inclined to show their vulnerability to even the closest of friends and of course the knock on effect is that they will not enjoy intimacy to a level that past generations have. This view can be supported by the belief that alpha social behaviours are becoming worse and that women are arguably being more objectified today despite campaign’s such as #MeToo. Something is not quite right.

If one takes the argument forward, the couple that came together in 1940s will have experienced a level of passion and emotion that will be to a higher level than the couple of 2040 will experience.

Maybe, maybe not. This is guesswork but here is the rub – in the 1980s, and 90s the young could enjoy life, make fools of themselves (and we invariably did on a weekly basis) with no expectation of anything being widely known beyond a certain social circle. Then – and even today – we will meet, enjoy a drink and laugh over our follies. Friendship was bound through adventure and experience. We learnt about life together and we lived – and the result is that we grew as people, in our understanding, in our empathy for others and we had friendships that were fun and true.

The concern is the purity of such friendship is being under threat. The trust between two people – the knowing wink and laugh – is one of the most special things in life. Having adventure and fun is equally as important in work and in life. A guarded psychology invariably means a fear of failure and a fear of risk.

Throughout the ages, society has progressed through the courage of individuals – those happy to take on the rules and say “you are wrong”. We need this as much today as ever – good people emerging to be leaders and at the heart of their development will lie friendship, trust and mistakes.

If social media is a threat to people making mistakes, change is needed. 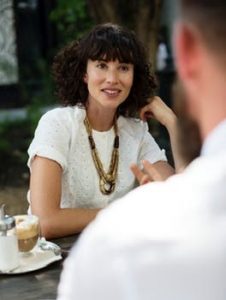 If there is any danger that the importance of this and friendship/laughter at ourselves can be placed at risk, then we do need to rethink how a balance can be found.

The argument is that the 2040 couple will live to 100 but little point living to 100 without the great moments of friendship and trust. The 1940 couple would die at the average age of 74 but with memories.

So how can we correct the problem?