On 16th May 2017, a CNN editorial commented on President Trump:

“Like most little boys, Donald Trump can be disarmingly honest, as when he once said, “When I look at myself in the first grade and I look at myself now, I’m basically the same. The temperament is not that different.” The trouble is that the first grader is now President of the United States, and his temperament is on display for the world to see. Unpredictable, impulsive and immature, Trump acts in a way that would be expected of a 6-year-old boy, but is terrifying in a man whose moods dictate decisions carried out by adults on behalf of the most powerful nation in the world.”

This observation and the recent book by Michael Woolf make it sound as though this this is all new and should be a shocking revelation. But is the truth there are many entrepreneurs that are like this?

Trump is simply a natural entrepreneur and there are many entrepreneurs that display such traits – it is often what makes them successful. To be controversial, one does wonder that maybe as awfully immature Trump can be, he may just change the political institutions and status quo for ever. Will that be a bad thing for the long term? 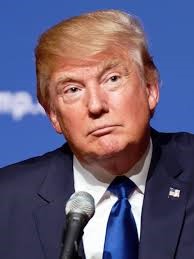 One of the attractions of Trump when he ran for President was that he was an entrepreneur and not from the establishment. Should he not be like most other entrepreneurs – impulsive, reactive, outspoken, emotional and controversial?

Well he is all of those but these traits make entrepreneurs get though the really bad times: to have an almost childlike belief that one make a difference. Often the most successful have an inner belief that they can win against the odds, that they do not need to play to the rules of normal society and business. They take risks that most “A” grade students would never consider. It has been noted that often “A” grade students make great lawyers and accountants and “C” grade students make great entrepreneurs.

Replace Trump with Richard Branson in the White House and one may be get a  more marketing savvy approach but Branson too has had his failures. For fun imagine Gordon Ramsay in politics. Or Steve Jobs or Bill Gates.

This is not arguing that they are all Man Boys but simply that entrepreneurs need to be different in order to be successful.

So what traits make great entrepreneurs?

There is an argument that these traits are also seen in the young before they develop into adulthood.

So the question still stands – are entrepreneurs often immature?

And that maybe no bad thing.