The hidden force that all businesses need

“My ego demands, for myself, the success of my team”  Bill Russell

So much is written about leadership and so much of it is misleading and off the mark. Much is talked about vision, about charisma, about ideals, conviction and values; about intellectual understanding of the market. The truth is that leadership requires something far more grounded and yet more important.

It is often debated as to whether leadership can be taught or whether it is a trait that lies inherent within some rather than others.

Leadership is a marriage between the mental and the emotional. 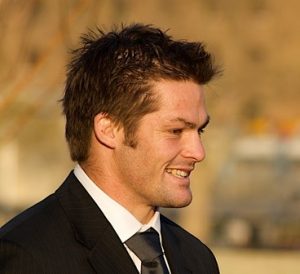 Richie McCaw, the great New Zealand captain of the RWC teams of 2011 and 2015, turned down a knighthood not wanting to be singled out from the team. Like many of the greatest leaders, he believed that the best way to lead is to serve and the most effective way to bring your teammates with you is to show them that only the team matters.

Most CEO’s will talk of the loneliness of leadership and the knowledge that their own skills were only as good as those of the larger team that they led.  Leadership does come in many forms – it is very different to lead a PLC to being an entrepreneur to leading a campaign. All though are often very articulate, generally resilient and able to build emotional connections with their teams. It is based off a belief in something often more than the Individual. Therefore, leadership development needs to be based on more than knowledge but understanding a bigger picture. Both are often connected as knowledge is important but people follow those that possess a conviction in something greater. Leaders do tend to connect the bigger picture and ambition with the team. 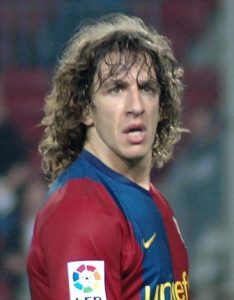 The great Barcelona team was led by Carles Puyol, a player that many previous coaches had their doubts about. However, he rose to the fore when Luis Figo left Barcelona to join Real Madrid, their greatest rivals. In the next match Puyol was given the job to mark Figo which he did with great skill and results. The Barcelona team used to vote for their captain each season and Puyol was known to be voted for all bar himself. He was not the most talented player but each player knew that he would do what was needed for the team.

Tim Duncan (the NBA player) accepted a lower salary for his team so they could sign better players and could stay under the NBA’s salary cap.

All these players – McCaw, Duncan and Puyol – put their teams before their personal gain and ego and the teams responded as they knew that these players believed in something more than the individual.

Yes this is sport but it is no different in Hospitality.

The 1980s and 90s produced a number of exceptional leaders; leaders then changed the whole perception of the Industry from being a secondary industry to being world class. Think Gerald Lawless (Jumeirah), Bill Toner (Sodexo, Aramark, CH& Co) Alastair Storey (BaxterStorey), Peter Lederer (Gleneagles), Ian Neill (Wagamama), Nick Jones (Soho House), Gary Hawkes (Rocco Forte) to name only a few. All are different but all believed in more than themselves.

Hospitality has over the years produced exceptional leaders. Isn’t it strange that the Industry today asks where the new leaders are and why are they struggling to break through?

The answers lie before our eyes:

Business has become dominated by compliance, regulation and process but people are equally, if not more important.

The challenge that now lies with us is to reverse this trend. We can listen to business leaders discuss the problems that we face over the decline with incoming talent after Brexit but the counter is that there is a need to invest in British talent. We need to look at new models, new solutions and invest in our people.

Hospitality has been built on great leaders.  Today’s legacy will be judged by how it responds to develop talent that lies in the new generations. The hard truth is that the traditional institutes and programmes need to adapt to the modern need.  Leadership development needs to be more focused on people.

Over the next months, EP is setting out to create change in how people are developed and explore to the need to develop talent far better.  We have a number of leaders happy to give up their time to talk through their thoughts and one can learn much from those that lead – this is the marriage between proven leaders and emerging talent.

Knowledge is important but so is reflection, understanding, care and thought. This is the mission that we wish to support.