Over the last few weeks, EP has written much about the importance of leadership and the need to invest in talented people of all ages and backgrounds.

However, hospitality can play a bigger and more central role in society. The industry is a major force in society for the simple reason that it employs a high number of people in every community. It is actively involved in every community and economy across the UK – how many other industries can lay claim to such an important role?

EP has also written extensively about how society has changed. Communities now yearn for the strong social pillars of the past. The Hotel Manager used to be one of the central pillars in society along with the bank manager, the GP, and the solicitor. The bank manager has changed in character, the GP is under pressure so that leaves the Hospitality managers to still play central roles in social life.

The counter argument to this is that businesses exists to make money and build wealth. Quite right – but they have an important role to play in society.

Hospitality businesses can play key roles in society and often do.

All the major players invest in local charities and communities. The Industry has never been more influential but can it do more? 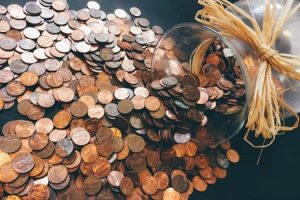 What role should money and market play in society?

There is a belief that the focus on money has become too dominant and that a greater balance needs to be found.

The emerging generations have a strong vision of a community feel that want to tackle global issues. The feeling is that change is coming in one way or another and the Hospitality industry can play an important part in this social change.

Far from being a second rate industry, Hospitality is a genuine leading organisation on so many levels. The real question now is will it use its influence?