This week we held a Think Tank Network session at Zetter Town House to learn, discuss and debate the components that sit behind the ‘Fear of Failure’

Keynote speaker, Atul Pant led an inspiring session which challenged thinking. Atul is the founder of London based charitable organisation Timeless Lifeskills and he shared his knowledge and ran an interactive workshop to explore how conflict and failure can be managed.  We are living in a process-led business environment, so it is an exciting moment to explore how we can do things differently and solve complex unstructured problems.

Machines cannot understand multi-layered problems, think Brexit or the financial crisis, the multi-layered nature comprises economic, social and political elements. It is the people that are the differential. 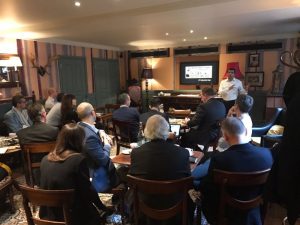 The group explored Entrepreneurial dispositions that can drive both individuals and businesses towards innovation, growth, lateral thinking and ultimately success.

The belief is that intelligence is not fixed but grows with hard work (Growth mindset). In that context, people that embrace change have a higher chance to succeed as they possess flexibility to adapt and reinvent themselves. People with growth mindset take failure in their stride because they believe performance can be improved through hard work.

Understanding self-control can support achievement, but for really high achievement, like solving a complex social problem (or becoming a rock star) you need GRIT. Grit is not abandoning a pursuit because something novel, or an obstacle comes up, Grit is sustained passion.  Grit requires deliberate practise, self-discipline and the ability to set long-term goals

During the event we have asked our guests to design a craft stick bridge and test its bearing capacity. Everyone designed a different bridge showing that there could be multiple solutions to one problem and that the ability to think differently is what defines your success. 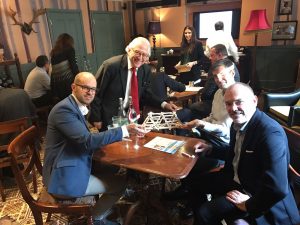 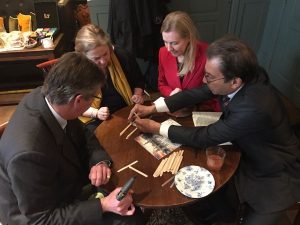 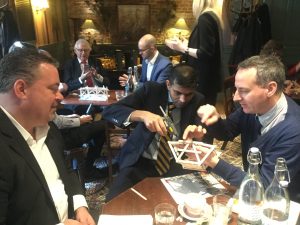 Is the Fear of Failure a genetic or a social trait?

There is a new generation coming through that will need to continually reinvent themselves as things change drastically in the years to come. For this group it is likely the Fear of Failure will just be part of the process.

People need to go back to the core and learn know how to engage and communicate by making sure that they don’t just follow a process because they are asked to but understand the reasoning behind it.

Missed our first think tank?
The next one is on 4th April and will explore Intrapreneurship:

‘A journey into disruption– is there a difference between intrepreneurs and entrepreneurs?’