2016 has been a year that has created genuine shock waves that have been felt across the world.  Brexit…..The election of Donald Trump……it does seem that the traditional middle and working classes are asking to see change in the political arena but how can one expect to see change within a group that does not really possess the skills or craft to be leaders of change.

It is more likely that it will entrepreneurs and innovators that do lead the change agenda.

Of course, in past times – maybe the years of Thatcherism – the argument would have been that entrepreneurs were selfish and all about wealth creation.

However, this may be the most important change of all.  Innovation, change for social good, and change for a better future – these are phrases we hear a lot of nowadays, and there is a desire amongst emerging entrepreneurs that they want to change the world for the better. There is a genuine optimism and belief amongst the young that is quite inspiring. 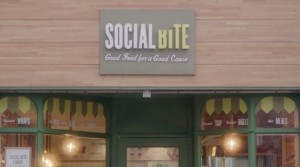 Social Innovation can come in a range of forms including the traditional social enterprise where an organisation has both a social and for profit focus and the lesser known social innovation which is not about profit, but rather benefits society as a whole and not just the individual.

The idea of doing things to make life better isn’t a new thing, but the focus on creating novel solutions to address social problems that are more effective, efficient, sustainable and a step up from current solutions is rapidly gaining momentum.

In a recent report in Australia, it was noted that there has been a 37 percent increase on the number of social enterprise businesses operating from 5 years ago. The majority of these have been operating for an average of 3 years, indicating that growth has been quite rapid. Those social enterprises with a commercial aspect to their operations generate around $22 million annually, accounting for 39 percent of their income and around 2 percent of GDP.

The level of investment in social innovation is a bit harder to estimate, but according to the Australian Centre for Social Innovation the amount is in the billions if you take into account the investment made by government in welfare and social inclusion programs – think about Medicare and its origins and more recently the National Disability Insurance Scheme. The government focus in on increasing productivity and participation and stimulating a vibrant, dynamic and inclusive social economy.

It is setting a tone and one can see similar change taking place in the UK. Just think of the Scottish sandwich business “Social Bite” that has attracted huge profile with the visits of Leonardo DiCaprio and George Clooney in successive years.

This is a new era and change is happening, the leaders of social change could well be you.