“A child’s journey through Occupied Belgium in World War II”

Many in the industry know the name Marc Verstringhe as one of the people behind Catering & Allied. However few know the story of his childhood years during World War II and the German Occupation, and the particular perspective that this has left with him, nurturing his passions and living each day to the full.

Living in the seaside town of Knokke-Heist in Belgium, close to the Dutch border, Marc – aged five and a half – witnessed the German Soldiers enter their town in 1940 beginning the Occupation, which would last until Liberation in 1944. 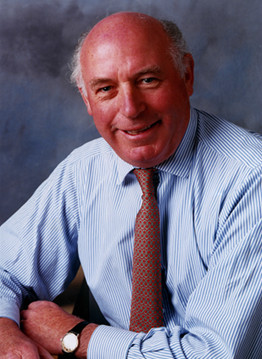 By this time his father had left to go and fight in the War. Marc recalls that he thought the German soldiers in his town looked very smart in their green uniforms as they wandered through shops and cafes. The Gestapo were also present in the town; they were intimidating and frightening. All of the homes and hotels on the promenade were boarded up and food was strictly rationed. “There was no sugar, no coffee, no fresh fruit and vegetables and good meat around. However, through The Resistance a black market developed and we spent time with farmers trying to get our hands on some food”, he recalls.

Marc’s father returned from fighting, where he has been a Prisoner of War at a Prussian concentration camp in Germany. “My brother and I were allowed to leave school immediately and went home to find him sitting in the kitchen, with a beard, and we were allowed to sit on his lap and we were very happy to see him,” Marc says.

However, shortly after his father was betrayed by a neighbour, a collaborator with the Germans, and deported to a town in the Ardennes having to report daily to the Gestapo.

In 1944 US troops arrived and began to fight what became the Battle of the Bulge.

As Marc’s mother was fluent in English she was considered a threat and, together with Marc’s brother Rene, they were evacuated from Knokke. Travelling on a steam train they met with English Spitfires who attacked a German convoy of trucks running parallel to the train tracks. He recalls, “We had to jump in a ditch and watch the planes attack, dropping bombs, very low to the ground. Later in life I asked the lady that we went to live with during this time whether I was afraid? She said that no, I was just excited and more concerned that my goldfish, which I had in a jam jar, was safe. However, I will never forget the sight of grown men and women saying their prayers.”

In Wingene, Marc stayed in a house that had been given to his family by an old school friend of his father’s. At the house lived a painter and decorator who was part of the Underground movement. Expecting liberation in 1944, Marc was given permission to join this man and watch the Germans pull out.

“We watched from a ditch and I remember seeing the Germans, who had looked so smart and polished when they arrived in our town, leaving looking depressed and dirty. It was a far cry from 1940. We then walked for 20 kilometres and arrived at Zwevezele at the crack of dawn where we were met by English soldiers and I was allowed to sit on the tank with them as they liberated our village.

“With the Commanding Officer and the Driver from the tank, they met my mother at our home. She offered them something to eat and they ate 10 eggs – I remember thinking – it’s no wonder you are winning the war! There was white bread, which I had not seen for some time, and the Officers also gave us some sausages.

“The Church bells were ringing and flags were flying, and there was singing and dancing in the street – it was a day that I will never forget. Twenty-three years later the Tank Commander, Ted, sent my wife Carole and I a present on our wedding day – amazing.”

Marc’s father than returned home. Marc says, “There was still fighting going on and, in January 1945, my father arranged for me to go to Switzerland with the Red Cross. Travelling on a Red Cross train through the Ardennes, my memory is that on this occasion we were not shot at and we passed through the area safely.

“In Basel we were washed and scrubbed to ensure that we had no infections, and stayed with a wonderful family in Waldstatt. Here I learned to make cheese and speak German.”

As a character with a love for life, Marc has great clarity of his memories and reflections during this time of his life. “I have learned the value of freedom, but also resistance to subjugation. The day we were liberated in 1944, and the memories of this, will stay with me forever. You only live once, so make the most of every day and, if you know what you want in life, give back twice as much as what you take.”

For more information please contact Arlene McCaffrey on 020 7024 1872 or email:Arlene.McCaffrey@epmagazine.co.uk