As a co-founder and director of ACT Clean, John Stevenson has established a successful business operating in the luxury hospitality market. In this feature, we profile his early career, which is grounded in the clubs and bars of Edinburgh 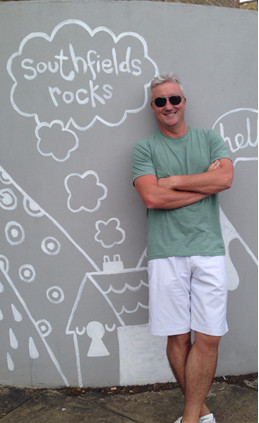 Many young people face the question: ‘what do you want to do?’ in their early teens and, so often, look to their parents for advice and inspiration. In John’s case, his Dad provided the guidance to look for a career in sales, where you can write your own payrise, or running a pub, where you have a lot of fun. John’s career has been a testament to this wisdom and his experiences have ultimately led him to setup his own business where he takes the view that his work in bars and clubs, are no different to his role today:

“The bar world is all about communication, the better it is, the better the business and, if you can marry that up with good customer service at every level, then you have great potential. I say to my three boys now, when you are 18 or 19, get a job in a bar for a while, you’ll love it. ”

Born in Winchester, John relocated to Edinburgh when he was four. Following his Dad’s advice, aged 16 John became a trainee sales representative for Sweet Service, selling sweets to a variety of clients in the City. “I was too young to have a car, so they gave me a 50cc motorbike and travelled around Edinburgh with my briefcase strapped on the back,” John laughs.

Three weeks before his eighteenth birthday, John applied for a job as assistant manager at a new nightclub opening in Edinburgh, The Electric Circus, owned by Raymond de Fazio. The general manager, May Paton (who now owns the famous Fingers Piano Bar) interviewed John; “She asked me if I’d ever worked in a bar before and if I had any management experience, to which I replied no, but clarified that I still wanted the job of assistant manager. She told me that there was an opportunity for a glass washer and I said I’ll take it! One year later I was promoted to assistant manager which reflects my experience that, if you aim for something, you normally get it.”

A supporter of the Scottish football team Hibernian, John had caught the eye of one of the famous players of the time – Willie Irvine – who owned a bar with his wife. The bar was The Blythe Spirit on Edinburgh’s famous Rose Street; John reflects;

“He had seen me working and said that, if I was ever looking for a job I should come and work for him. It was brilliant. Willie taught me a lot, not just about running a pub, but being stronger and how to deal with people. At the age of 18, being confronted by 20 to 30 drunk people and having to tell them they cannot come into your bar, can be quite scary some of the time. That’s when I discovered that the best thing to do was make people laugh – it diffuses situations.”

This is where we hit the nub of John’s personal approach to communication and leadership, is his view that he does not do anything different now from his years spent as a barman. “I always used to engage people while I was serving them, and try to speak with people who might be two or three people away from getting their drink. I wanted to try to get people talking to each other and the bars I have worked in have always gotten busier as a result.”

Aged 27 John travelled to Greece with the view to taking on bar work there, but when this did not work out, he mad the move to London in 1995. His first stop was Henry J. Beans on Kings Road; “This was where I really started to understand the difference between being a barman and bartending, it was all about cocktails at this time and good training. From a personal perspective, it was a really hot summer, I was living in Chiswick and just a whole different world. I thought why would I go back? And I never have, in truth.”

One of John’s favourite jobs was at Joe’s Brasserie on Wandsworth Bridge Road, which he joined in 1997. Along with a friend, he built a loyal following for the bar and transformed the business, increasing wet sales from £3,000 per week to £11,000 per week. “We were very fortunate to have a great general manager who saw what we were doing and realised that it would be best to leave us to it.”

After marrying and expecting his first child, John returned to a role in sales.
Throughout this time in London he played football for London Hibernian and become good friends with two of his current business partners, Russell Stinson and Robert Beaugie. In 2004 Russell, as finance director of Aquila, a facilities company, told John about an opening as a sales director. He comments,

“I saw this was an opportunity to do even better and went for it. The first account I won was Gordon Ramsay Holdings, which is where I met Gillian Thomson (now a director of ACT) and we became friends.” Realising that the values of the owner of the business were not aligned with their own, Russell and John decided to set up their own business and the rest is, genuinely, history. ACT Clean has carved out a niche position on the luxury hospitality market, all premised around a culture of high moral and ethical values, with a strong focus on engagement and professional development.

“As we had played on the same football team I knew immediately that the one thing I would always have with Russell and Rob is trust. The team is always a central part of a business and the better that is, the better chance you have got,” John comments. Along with fellow owner and director Paul Tocher the business continues to grow and invest into the industry and its business. “Seven years on I don’t think we have been as close as what we are now. We just decided to be the best we can possibly be, with a good culture at the heart of the business. It’s very humbling as we have some fantastic people. The passion people have in hospitality is very different to other industries.”