The Challenge Ahead, with Ufi Ibrahim 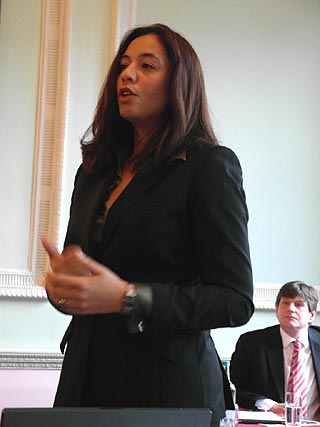 In an eye opening and informative forum this morning, Ufi Ibrahim, Chief Executive of the BHA made some surprising and thought provoking comments on the future of the hospitality industry in the UK and how political decisions and policies can/are affecting the trade.

With the aid of a well designed presentation, Ufi was straight-forward in her analysis of the industry as it stands at the moment.

Focusing on certain aspects and opportunities, she pointed out that there are forces at work and habits in place which are running against the industry’s ability to move forward and grow. However, it wasn’t all doom & gloom – not by a long shot! 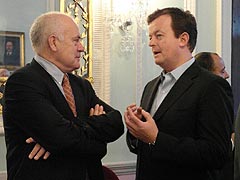 Use China as an example. As a viable source of inbound tourism there is massive potential for the UK to profit from this country, however there are a number of obstacles standing in the way of this happening.

Take into consideration that an estimated 40 million Chinese made international trips in 2009 compared to the 1.8 billion domestic trips made, then the upcoming ease of international travel restrictions for the Chinese public represents a massive opportunity for the UK tourist industry.

“It only takes a little change to make a big difference”

BHA wants to be proactive in its approach to improving both the number of international visitors to these shores. Looking at figures from UNWTO, there is a steep hill to climb but it’s not insurmountable.

The importance and influence of politics and government on the hospitality trade cannot be overstated. As a sector, hospitality is directly influenced by government policy and decisions. Ufi pointed to the importance of being “in the room” when decisions are being made. To being part of the solution rather than standing on the by-lines and commenting on policy or decisions after the event. 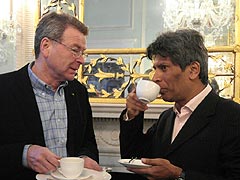 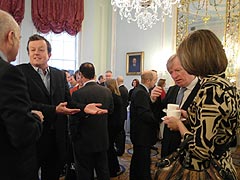 There are a number of Government policies which are going to impact hospitality: 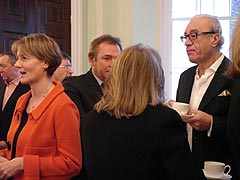 Another issue which was raised in during the discussion that followed Ufi’s excellent presentation was that, as an industry, hospitality is some times viewed as somewhat of a “Cinderella service”. Employing mostly transient workers and viewed as having unsociable hours and menial tasks, the industry is far from most people’s minds when they think of big business and importance to the economy as a whole. This flies in the face of the facts:

Ufi was adamant that if the industry works together on improving its image, lobbying government, applying the necessary pressure and working as one then Britain can move back up the leadership board in terms of a preferred destination.

As an industry there are many opportunities coming to these shores which can and will high light Britain in a favourable light.
The Royal Wedding. The Queen’s Jubilee. The Rugby Union Championships and – of course – the Olympics.
According to VisitBritain 4.7 billion viewers (or 70% of the World’s population) saw at least some of the coverage of the Beijing Olympics.

“A joint vision, a single voice, a common message and unified action leads to competitive success” 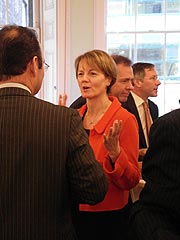