Robin Day interviews female MP in 1970… a different world.
Yesterday 6th February 2018: Some women, but not all, were given the right to vote in UK elections on this day 100 years ago. 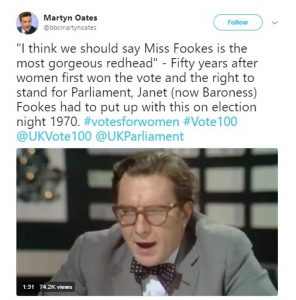 Trump tweeted:
“The Democrats are pushing for Universal HealthCare while thousands of people are marching in the UK because their U system is going broke and not working. Dems want to greatly raise taxes for really bad and non-personal medical care. No thanks!” 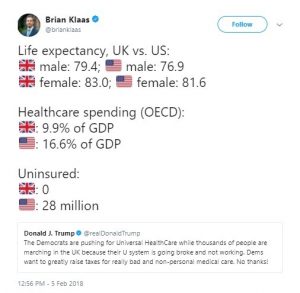 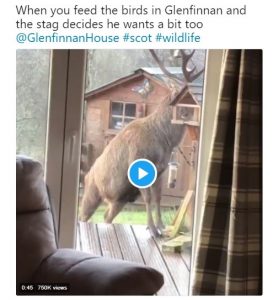 EP and Penshee are collaborating this year by bringing together players from across the hospitality sector for the event series; The Great Service Debate. Over a roundtable breakfast discussion, the room discusses and debates two core questions: ‘What is great service?’ and ‘How do we achieve this across our industry?’ Six events are being held throughout 2018 with a full report of the findings published in quarter four.

A summary of the first session is available on our website here. The next session in this important series takes place on Thursday 15th March 2018. To register interesting please contact: Ben.Butler@epmagazine.co.uk

Few would question that ours is the ultimate service industry, and that great service is crucial to its prosperity. However, do we agree on what great service really is, and how we translate this into the millions of service interactions taking place every hour in the UK? 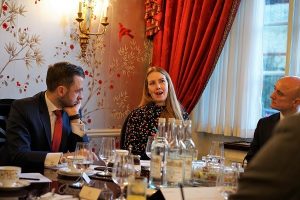 Travel & Tourism to generate 2.4 million new jobs in Indonesia. President Widodo has set an ambitious target to attract 20 million visitors in 2019, nearly double that of 2016.