Tax avoidance: a basic right or a social wrong?

In 1936 Lord Tomlin, ruling on a case involving the Duke of Westminster, surmised that “Every man is entitled, if he can, to arrange his affairs so that the tax attaching under the appropriate Acts is less than it otherwise would be … however unappreciative the Commissioners of Inland Revenue or his fellow taxpayers may be of his ingenuity, he cannot be compelled to pay an increased tax” 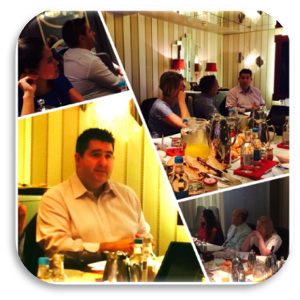 For the ensuing decades, this logic would be applied to cases of alleged tax avoidance brought before the Courts, until 1981 when the House of Lords, in its abiding intellect, declared in the decision against WT Ramsay Ltd that the courts were allowed to look through “a series of self-cancelling transactions” which were deemed to clearly serve no purpose other than to minimise the tax liability of a person or company.

Since that historic decision, the landscape of what is fair and what is ethical has been populated with attention grabbing headlines of individuals availing of seemingly complex “schemes” to avoid higher tax brackets through to international companies moving their business headquarters abroad to reduce liability further.

While technically legal, some of these moves have been portrayed as cynical attempts to side-step an intrinsic social responsibility.

But with so much rhetoric and opinion on a topic hugely influenced by personal perception, what is the law as it pertains to business and individuals in the UK today?

Peter Davies is Employment Tax Director at WMT LLP, Chartered Accountants. A well-known and respected professional in the sector, Peter delivered an illuminating presentation on the issue at a business forum which raised many questions from those in the audience.

As a starting point, it would be useful to understand the difference between tax avoidance as opposed to tax evasion, however that differentiator is harder to ascertain than would be seemingly plausible. As Peter noted “One is legal, the other is illegal however HMRC and some parts of the media deem them both to be socially unacceptable”

What is tax avoidance?

Tax avoidance, in its many guises, has been around for Centuries! In Ancient Rome, wealthy individuals would bury their expensive jewellery and furnishings when they knew the tax collector was coming. In England in 1696 Parliament introduced a “window tax” imposing a levy on home-owners dependent on the amount of glass used in windows throughout a house. Rather than pay their dues, people instead bricked up their windows altogether!

Most recently it has come to the attention of the wider public as some celebrities have been accused of using tax avoidance schemes to pay less than what they “should”. So too some international operators such as Google, Starbucks and Amazon have come under fire for basing their businesses in countries with significantly lower corporate tax rates.

“The difference between tax avoidance and tax evasion is the thickness of a prison wall!”
DENIS HEALY, CHANCELLOR OF THE EXCHEQUER, from 1974 to 1979

In 1985 the upper-ceiling on employer National Insurance was removed, resulting in a significant increase in costs for businesses with high-earners and “creative” means of incentivising and rewarding teams began in earnest, with people “earning” oriental rugs, fine wines, coffee beans and trade debts. From 1991 to 1994 various pieces of legislation were introduced to counteract National Insurance contribution avoidance by employers, which was really the starting point of things to come.

From 2004 in the UK the Disclosure of Tax Avoidance Schemes regulated that anyone devising or availing of “tax schemes” was obliged to disclose them to HMRC. Now with a reported 50,000 notices to users expected to be served in the coming months, despites a backlog of 40,000 already on-the-books, HMRC are continuing to challenge more tax avoidance cases in Court  and more often than not, they’re winning.

A “carrot and stick” scenario

It’s not a completely bleak picture for businesses and individuals who have, knowingly or otherwise, availed of tax avoidance schemes in the UK as HMRC have offered “carrots” to persuade companies and individuals alike to come forth and settle their own affairs

On the converse, there are the “sticks” too – those tactics used to entice people to come forward now rather than run the risk of being investigated down the line as “Disclosure of Tax Avoidance Schemes” (DOTAS) have been significantly extended to allow HMRC to challenge tax avoidance schemes sooner than ever before 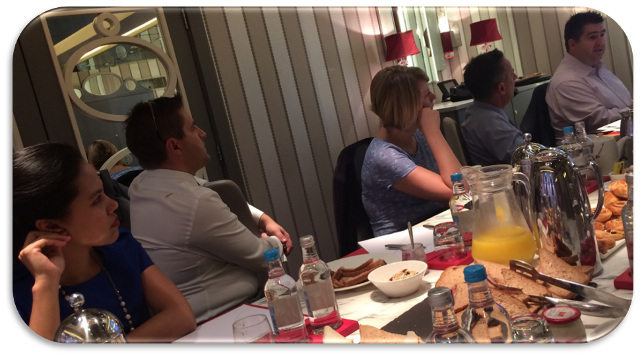 What does the future hold?

There is no doubting the determination of those in HMRC to continue to chase tax evaders, be they large multinational billion dollar companies based abroad through to sole traders running a small independent business on a British high street. As was recently demonstrated in the case against Glasgow Rangers, HMRC seem determined to set a precedent which makes tax avoidance “as socially unacceptable as drink-driving”. How many celebrities and household names will be targeted along the way remains to be seen, however the question remains  if the law if deficient and hasnt allowed for the various tax avoidance schemes to be billed as illegal, then why wouldn’t a high-net worth individual take advantage? Isn’t it just good business sense for a company to take any legal means necessary to provide shareholders with the highest return?

It’s a complex issue, and one which requires professional expert opinion. As Peter theorised in the course of the forum “there is a lot to consider when it comes down to it. From ethical standpoints through to social responsibility and of course ‘perceived wrong doing’ leading to customers boycotting a business which can be as detrimental as the tax liability itself”.

For further information on this and all EP initiatives and events, please contact Arlene McCaffrey.