On 20th September EP brought together over 120 people for a fascinating insight into leadership. This included over 25 CEO’s and Chairman which illustrated just how big a issue this still is. Three illustrious characters, that have been driving forces in different fields over the past two decades, kindly shared their thoughts, lessons and experiences on leadership during an evening lecture.

EP would like to thank all the speakers; Antony Woodcock, founder of gig and his team, Park Plaza London Riverbank General Manager Rob Flinter and his team and of course, all those who attended.

Speaking on the night were:

EP would like to say a very special thank you to gig who sponsored the evening. gig, the mobile app aims to transform and adapt hospitality to the needs of the workforce of today and tomorrow. 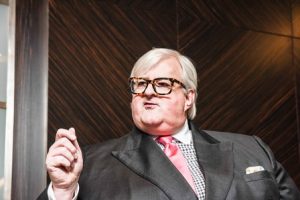 David Morgan-Hewitt is Managing Director of The Goring and is as much of an institution as the hotel itself, having been with The Goring since 1990. In 27 years he has overseen some of the hotel’s greatest and exciting periods of transformation.

David is an advocate of the industry and 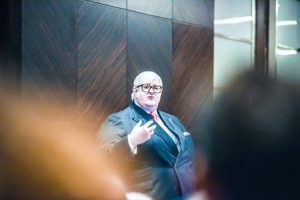 believes there are many wonderful characters but the industry can be afraid to allow personalities to shine. David argued that some of the best leaders are chefs because their passion for a vision inspires others.

He also argued that there is a difference between leaders and managers and that leadership is not managing or commanding, it is something much more special. He urged the industry to spend more time finding and nurturing leaders. 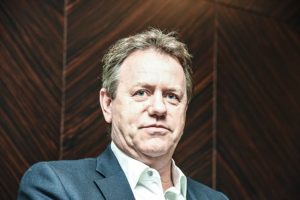 Simon Halliday argued we must empower and enable people to deliver real leadership. As Chairman of European Professional Club Rugby and former England player in the 1980s and early 90s, Simon has vast experience.

Simon has seen the leadership of Clive 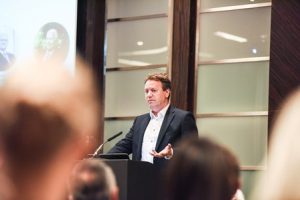 Woodward and Will Carling from close quarters amongst other leading captains of that Rugby era. Simon was also a Director with Lehman Brothers at the time of its fatal crash and saw a different leadership style in action.

One of Simon’s major comparisons was how successful sports teams need to have strong cultures at the core where everyone has a voice. He highlighted as an example Richie McCaw, captain of New Zealand, who used to sweep the floor of the changing room to set the tone within the team. He contrasted this to the final days of Lehman Brothers that became too obsessed with their share value rather than culture. 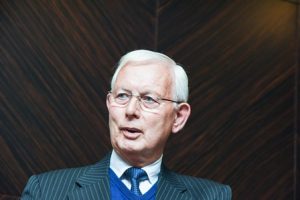 Bob Cotton, worked with the great Gardner Merchant board, under Garry Hawkes, in the 1980s and 90s before becoming an advisor to the Department for Digital, Culture, Media and Sport (DCMS) and then a successful tenure as CEO of the British Hospitality Association (BHA).

Bob explained how he started out in the car 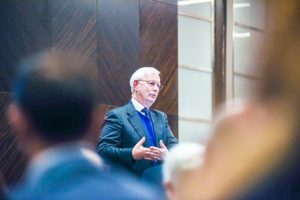 industry before moving into hospitality and by the age of 24 was already looking after a huge national operation. He shared anecdotes about Rocco Forte, Gary Hawkes and Tony Blair to name just a few. Bob argued that the guy at the top is the most important part of a business. Their leadership style and moral compass will guide a successful company. 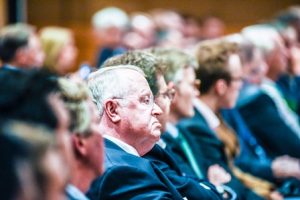 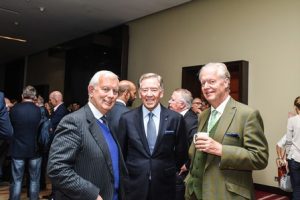 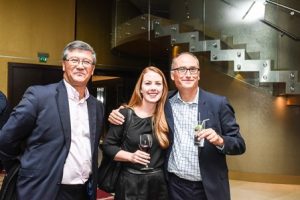 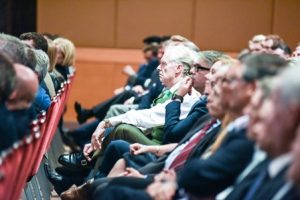 Following the three main speakers, Antony Woodcock from gig joined Bob and David for a panel discussion with Q&A from the audience. The current workplace and changing world of work were discussed in detail with Antony providing as insight from his experience in recruitment.

It was argued from all that culture is an essential part of any business and at times the industry must work harder to truly showcase this. 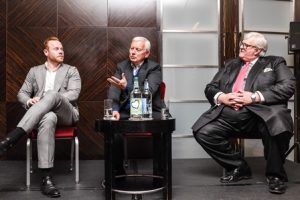 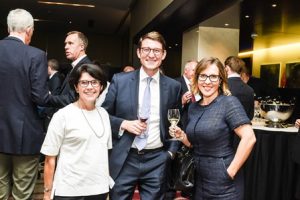 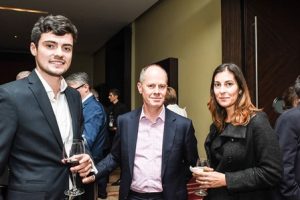 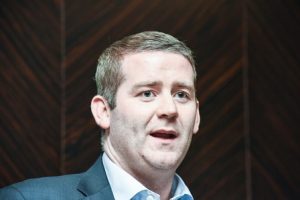 The evening was kindly hosted by Rob Flinter, General Manager at Park Plaza London Riverbank. The great event spaces were perfect for the lecture and fine F&B matched the occasion perfectly.

Just some of the comments from guests who attended: 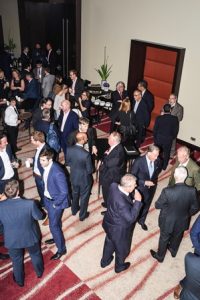 “Thank you very much for including me in last night’s excellent event at the Park Plaza, London Riverbank. I thought it a very stimulating occasion.”

“Very interesting and informative evening from three excellent speakers which is very much appreciated.”

“I enjoyed it very much and some tips and points the speakers made have really stuck. Looking forward to putting them in to action!”

To view the full gallery of images please click here.