Leadership Forum, in association with

Bill Toner, chief executive of Host Contract Management, spoke eloquently and enthusiastically at this morning’s leadership forum. In front of a group of hospitality professionals, Bill was emphatic in his belief that leadership from the front and treating employees well are paramount to guiding a company to success.

“Get the right team around you, treat them well and they will drag you to success” 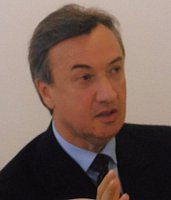 Early on in the forum, Bill raised some key questions for the group around the table. What is the return on investment that businesses get from investing in their people? Where are we looking for talent? How are they preparing their people for the realities of the industry?

Bill’s first role in the hospitality industry began at the age of 14 when he started training as a chef in a hotel in West Lothian. He quickly fell in love with the business and after a number of years he (somewhat accidentally) moved into the world of contract catering. He joined the team at Gardner Merchant at the age of 23 and worked his way up ‘through the ranks’ to his eventual appointment as managing director. His next role was as CEO at Aramark, which saw him grow that business to an annual turnover in the neighbourhood of £400 million and over 1,000 contracts.

But Bill isn’t one to ‘blow his own horn’ and freely admits to a policy of building a team around him which consists of smart people who know how to run a company, effectively. 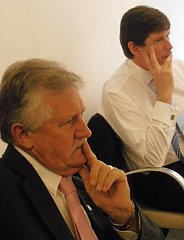 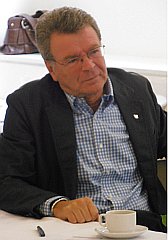 The importance of training and development are widely agreed to be of paramount importance to the success of any business. But just how much time, effort and resources does the hospitality industry invest in them?

Bill referred back to a time early on in his career when the ‘powers that be’ sent him on a two week residential training course – which he fought to avoid! At the time he thought “I’m too busy … There’s too much to do … I can’t afford to be out of the business at the moment” All standard responses/excuses from many a hospitality manager.

But the truth is, he learned more than he could have imagined in those two weeks and to this day is grateful for his superiors insistence that he attend. This is, Bill believes, what the industry needs more of today.

During the twenty years Bill spent at Gardner Merchant he never actively sought another role in another company because, he says, he was being nurtured and developed where he was. He believed in the company ethos and he was driven to making the business succeed. The training and development programme was a key part in creating a positive atmosphere. That in turn made people want to do more, have greater successes and really buy-in to the business.

“You can’t buy enthusiasm, you have to earn it from your team”

One of the most fraught relationship in any hospitality sector is the one between the operator and the financier, but it’s also one of the most important.

As a general rule, it is fair to say the financial controllers in a business are driven by the bottom line whereas the operations team are driven by results and satisfying their customers. This can cause difficulties when implementing or expanding training & development schemes because where the cost of these schemes is quantifiable and can be easily laid out, the benefits and rewards are not as clear-cut and demonstrable. It is the team member’s own individual sense of achievement and increased knowledge and know-how that improves, and that is not necessarily something that can be shown on a P&L sheet.

Conversely however, Bill does believe that they can be shown by low staff turnover rates – reduced recruitment fees, lower induction costs etc. Rather than try to prove the profitability of training & development schemes, Bill believes it is more effective to prove how they reduce running costs.

“Losing a contract because you have the wrong people on the floor, making bad choices is an expensive way to learn the importance of good training and development” 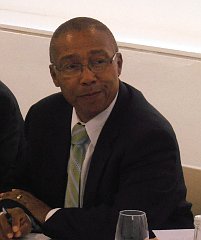 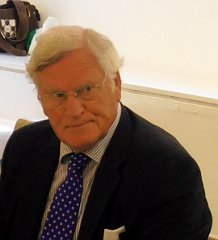 Another area of business that Bill referred to in the course of this morning’s forum was the ability of a company to adapt to the changing market conditions and the needs of the client. In the contract catering sector, this is especially note-worthy. He stressed the point that in order to effectively manage a contract the team on the ground must have the power and know-how to adapt as and when necessary. It is important that the supplier is actively trying to make things easier, better and more effective for the client.

Before Bill accepted the role of chief executive at Host, he spent a number of months in an “unofficial” capacity in the business – acting as mentor/consultant. He studied the business, familiarising himself with every facet of it. He made the decision to come out of retirement once he had a full understanding of the business, its place in the market and – having met all of the clients – a comprehensive understanding of what its customers wanted and needed.

The reason behind this decision not to ‘jump straight in’ is simple – he wanted to see the complete picture before he took on the role. From past experience he knew that the landscape of a business can be very different when a person is on the outside looking in.

Bill Toner was interviewed by Heather Gibson for the current issue of EP Magazine. To read the full article, click here