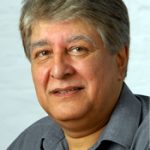 The question on everyone’s lips right now is when will the London hotel boom slowdown. As more and more rooms are added it is interesting to note that the New York hotel market, albeit on a larger scale, is starting to slow. “If you built it, they will come” may be finally coming to an end? Elsewhere we explore why hotels south of the river in the capital may have a better future ahead, especially as very good hotels are opening and therefore others will naturally follow.

As the hotel industry continues its large game of musical chairs, Starwood strikes a £750m Principal Hayley sale to Foncière des Régions. The 14 four and five-star hotels in the UK includes Blythswood Square and the Grand Central in Glasgow, St David’s in the Welsh capital and the George in Edinburgh. Headed by Tony Troy and David Taylor the interesting question is why IHG has been chosen to manage the hotels. Tony has achieved a lot and built a strong management team which one hopes will stay in place

The buyer, Foncière des Régions is ranked 86th in Estate Gazette’s Global 100 with £14.5bn of assets and buying this portfolio is part of a broader £1.2bn hotel sale currently being undertaken.

When Starwood started its sales process last November, the Principal Hayley and DeVere businesses were offered both together and separately, each priced at around £600m. However, two DeVere assets were transferred over to the Principal Hayley portfolio, which has skewed the weighting.

The DeVere properties have some wonderful locations but are they of the highest service levels?

Nick Weber’s Henderson Park had been in competition to buy both the Principal Hayley and DeVere portfolios, but Starwood ultimately decided to sell the two separately in order to maximise pricing. Starwood is currently considering its options on the remaining 13 DeVere country hotels and conference venues assets, which are valued at around £425m, including a prospective refinance or restructure.

For Starwood it does seem to be continuing its strategy of selling one minute and buying the next, time will time on their next move.

Will the London boom slow down anytime soon?

Another new London property is being worked on, this time in the Charing Cross part of town with Best Effort Ventures (from Hong Kong) developing the currently named St Martins Place Hotel.

A great location for a hotel of this class and size and its fascinating to see more hotels opening – how many rooms have opened in the last ten years? Interestingly New York is started to suffer a little and that could be a similar scenario for London soon, just on a smaller scale.

Fab to see a second new five-star luxury hotel being built “sarf of the river” as any taxi driver would say. Between Park Plaza (PPHE), Pestana, Marriott and now IHG (apart from Staybridge Suites), the American Embassy, the Battersea Power Station Development Co, The Chinese (nearly), Apple (new London HQ), Covent Garden, the home of Surrey Cricket Club (The Oval) and The Shard, we have much to be proud of south of The Thames….

Where CEO of TFE Hotels (Toga Far East), Rachel Argaman has just announced the opening of three more hotels, under the Vibe brand, to take the count to 12, in just 15 years, moving out of their Sydney home to include Melbourne and Hobart, Tasmania. Rachel has done well since joining the company in July 2005, having started as COO of Toga Hospitality (2,000 employees and 40 hotels – then!…70 hotls now), with brands such as Adina, Medina, Travelodge & Rendezvous under her belt.

Self-proclaimed maverick, Lawrence Kenwright, has pulled it off again. This time taking a derelict asylum in North Wales to convert into a hotel – who said working in hotels is like working in a mad-house!

Lawrence started Signature in 2008 and has revitalised several historic properties including Liverpool’s 30 James Street hotel, the Coal Exchange in Cardiff – now known as The Exchange, the Waring Hotel, which was Belfast’s former War Memorial building, and Preston’s Old Post Office, redeveloped as a boutique hotel.

In December 2013, Signature Living went on to purchase Albion House. A Grade II* listed building that was formerly the White Star Line’s headquarters and designed by Richard Norman Shaw and J. Francis Doyle in 1896. Originally, it was the HQ for the shipping company that produced some of the biggest and best ships in the world at the time of their launch, and it was also RMS Titanic’s port of registry.

In 2014 Signature Living went into partnership with the Shankly family to create The Shankly Hotel. This hotel opened within six months of development and the luxury suites consist of 57 magnificent Shankly themed rooms and 34 Ultimate Signature Living suites, which includes the famous Laurent Perrier Pool Room. All rooms within The Shankly Hotel are designed for large groups and families with some rooms sleeping up to 24 people.

What next – The Tower of London?