Proudly sponsored by HSBC, this morning’s international forum provided an opportunity for a unique group of industry leaders to speak openly about hospitality today and the challenges facing companies wishing to expand internationally.

With his background in DeVere and Virgin, as well as seven years at Sea Containers Ltd, Paul is well versed in the intricacies involved in creating and managing a global brand.

Starting off the discussion, Paul pointed out that “A brand with personality has the strongest foundation” He was particularly speaking about his experience in working with both Marco Pierre White and Sir Richard Branson which has left him in no doubt on this point. In order to not only survive, but also thrive a brand must, first and foremost, have a product that people want.

Reflecting on his time at Virgin, Paul pointed out that a big part of their success was that Richard Branson’s personality was reflected in many, if not all, of their products.

“Everything offered is a little bit quirky, a little bit different but always of the highest standard and quality”

Delving into investment and market trends, Paul expressed an opinion that this is the time of the entrepreneur.

“This is the time for opportunistic investment”

However, Paul was also very clear that he felt that the first two quarters of 2011 were going to be very tough and potentially brutal. It was clear that the London market was performing well but outside of London, there was a very different story. He also noted that the character of this recession was very different to previous ones;

“ The recession of the early nineties was tough but the problem was quick and manageable. This time it is like death by a thousand cuts. It is very tough and many are struggling.” 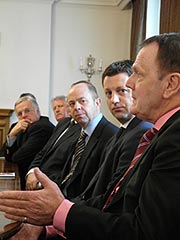 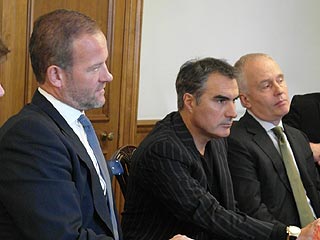 Never a group to shy away from the tough questions, the first matter raised was the economy.

The general consensus in the room was that London and the Provinces are beasts of two entirely different natures. London is set apart not only from the rest of the UK but Europe, too. The strength of the Euro means that tourist travel into the Capital is on the up. A weekend in London is a very attractive offer for Parisians travelling on the Euro star and exchanging their currency to pounds sterling.

“London is uniquely placed – when the business market drops off, the leisure market picks up”

With the upcoming 2012 London Olympics there are unique opportunities for entrepreneurs in London to make their mark. More than just for the month itself, the legacy of the Olympics will help the capital to recover, faster and by association the provinces will too.

Pointing to “Westfield” as an example of foresight and ambition, there was a note that had the retail industry not had faith in the strength of their product then the hospitality industry might never have wandered out to the streets of Stratford.

It was inevitable that the conversation should turn to the banking industry and commercial debt.

It was noted that the Banks are not holding on to their funds selfishly, but rather they are in a difficult scenario of being told to lend on one hand, but retain X amount of capital at all times. Regulation is causing obstacles and issues that make it hard for the banks to lend.

It was also pointed out that in the heyday of getting bank loans, people didn’t always want the aggravation of a drawn out loan application processes and of having to see their bank manager. They expected a positive answer, quickly.

Echoing some of the points made by Bob Silk at the recent Leadership forum, it was pointed out that it was not just banks lending money – there were people borrowing too.

A valid question was also raised in relation to young, enthusiastic, energetic people in the industry with talent. Where to for them? If they cannot get the start up capital needed for a new venture, then where will the industry be ten, twelve, fifteen years from now? Will the leaders of today still be the only ones in business? 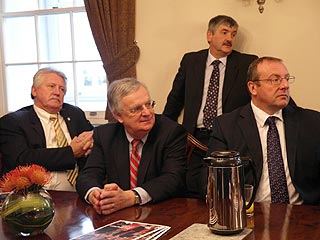 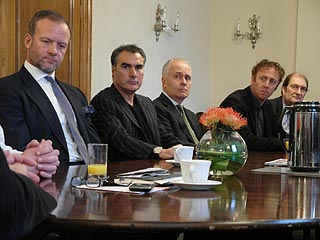 What is going to happen on/after October 20th?

There was little debate that the cuts coming are going to be nothing short of “brutal”. Though London is expected to pull through somewhat more easily than the rest of the UK, there will still be “pain” for the next 3 to 5 years. The Olympics again were noted as a vehicle for a speedier recovery.

As is often the case with conversation, the topics covered were diverse and varied. Some points worth noting were in relation to some different issues in the hospitality industry.

Service standards in the UK

The future of the British pub

Can one wrong decision really bring down a global brand? 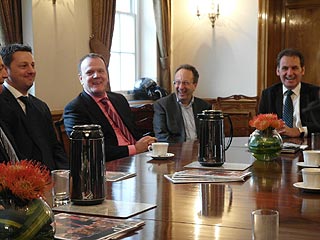