As a country, India has garnered a reputation as something of an enigma for potential investors. With perceived barriers to entry including high levels of Government corruption, poor best practice among business owners and a lack of enforceable regulations, there are many who would say “stay away”.

However, it appears that is all about the change – led from the front by the home-grown talent of Jay Krishnan, CEO of ECO Hotels and Suchit Punnose, CEO Red Ribbon Asset Management plc.

Speaking to a room of industry experts, analysts and operators, Jay and Suchit gave a well-rounded presentation on the state of affairs in India, opportunities for hospitality operators in the Country, expectations for the growth of their own business and a general over-view of the future of the sector.

To begin with, it’s perhaps most appropriate to start at the beginning. Just how wrong are the misconceptions about India when compared to the facts?

There’s more to India than meets the eye

Combine these facts with the expectation that the working-age population will increase by 240 million people in the same time-frame and it would seem clear that the country is “on the up”, in almost every sense.

“India’s wealthiest consumers – those earning US$1 million or more in PPP terms – will increase by 40 million people in the next decade alone! Every sector within India’s consumer market is booming, making it far less vulnerable to external shocks and pressures which other emerging markets may struggle to cope with”

“There is also a much younger working-age population in India, with a great entrepreneurial spirit, fantastic work ethic and English speaking ability. The service sector in India makes up more than half of the wider economy, in particular those knowledge-based services such as IT, software and business services. It means that, unlike some other emerging markets which have focused their efforts on industry and exporting commodities and resources, India has an expanding base of educated professionals to count on, rather than a dwindling reserve of a natural resource”

So, where do Red Ribbon and ECO Hotels fit into the picture?

As an entity, Red Ribbon was founded in 2007 as a UK based Impact Investment Company with the primary objectives of capitalising on the growing Indian economy; incubating scalable Greenfield projects and exporting established products, services & technology from the UK to India. The majority owner of ECO Hotels, the business, while based in India, is run to UK PLC standards and has attracted substantial interest from investors and operators alike with reporting, corporate governance and transparent independent auditing systems and remuneration committees an attractive and reassuring element to the structure.

Now with 6 projects under construction, incubation of other business models with a total equity investment projection of £400 million over the next 7 years combined with a strong agenda based on “The 3 P’s – People, Planet and Profit”, the business looks poised to achieve great things. 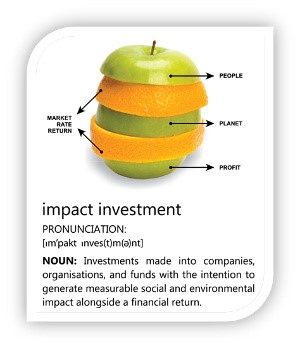 The 3 P’s are a core element of everything associated with ECO Hotels and Red Ribbon. Keen to promote the message that ECOnomical can be intertwined with ECOlogical, the business is structured so that each element of construction, operation, management and service should be as carbon-neutral as possible.

However, as an attractive investment opportunity, there needs to be more than a comprehensive “impact investment” angle. So what is it that sets the business apart from other Indian competitors?

“We havent chosen the ‘eco-friendly angle’ as something that’s just a convenient differentiator. We genuinely believe in the issues around global warming and I don’t think we’re the only ones. There is a real demand for greater and more impactful CSR initiatives in the hotel sector, which, combined with a genuine and growing need for quality bedrooms at an affordable rate. There is a real appetite for what we’re doing, and we have every confidence in both the model we have designed and the teams who will deliver the end-product”

The business model is an unusual one, not least in India. With strict criteria set against scalability, HR structure and corporate governance, the business has crossed the early “gestation milestones” including the appointment of a CEO and confirmed financial investment. The next steps are to grow, at pace.

For more information on this event, or to be put in touch with the teams at ECO Hotels and Red Ribbon, please contact Arlene McCaffrey directly