O-food is a new fish and vegetarian food concept with a Nordic edge. Using non Big Five fish* and fresh produce the culinary approach combines a Haute Cuisine menus with the convenience of a fast-food operation to evolve the notion of ‘Fast Cuisine’. Founder Jens Hannibal is a Danish national who has combined his love of entrepreneurship, food and the environment into O-food, which is currently preparing to launch its first high-street outlet

Last September, O-food held its official launch via a pop-up restaurant in London. The menu, designed alongside well known Danish chefs Nikolaj Kirk and Mikkel Maarbjerg, is anchored around gourmet combinations such as The Hook, Veggie Power and O’Macky, that are chosen as a sourdough sandwich, buckwheat wrap or salad to cater for allergy and dietary preferences. In addition the menu includes a range of seasonal, healthy salads, soups and other items. Prices range from £4.20 to £5.20 per combination and are designed to be an affordable alternative on the high-street casual dining scene. The pop-up, on Rivington Street, Shoreditch, was initially meant to run for 2 weeks but remained in place for 8 weeks, and enabled in-depth understanding of the operational flow and requirement. With suppliers in place, he is currently looking for O-food’s first permanent sight in London. 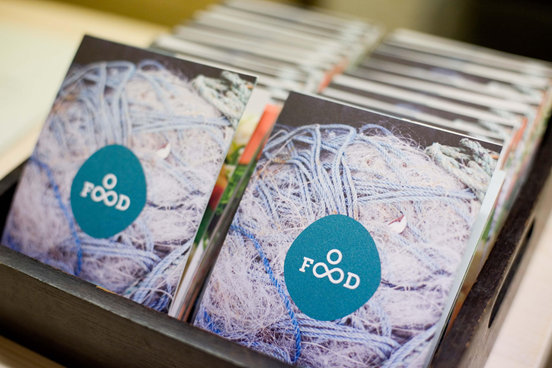 Jens Hannibal (pictured above) is the individual behind the business, possessing an interesting background which combines innate entrepreneurial qualities with a passion for food and improving the state of the planet. Prior to founding O-food Jens studied Chinese and intercultural management at Copenhagen Business School and worked in China supporting SME businesses at an investment bank. After a brief return to Denmark, he moved to London to study for a Masters in Entrepreneurial Management. It was through undertaking a feasibility study as part of this course, and a subsequent ‘Dragon’s Den’ style competition for the students (which Jens and his team won), that he gained real confidence that O-food could be a profitable business. The prize for winning the competition was a mentoring session with Stewart Baird, a venture capitalist, who subsequently put Jens in touch with investors. Jens is currently working with Claus Bildsoe Astrup, a fellow Danish national who has extensive experience as MD of major Danish companies such as Novo Nordisk and Coloplast. Claus has spent recent years working with various start-ups as seed investor and in strategic planning and execution.

Reflecting on his inspirations for O-food, Jens comments:

“I remember exactly when the idea for O-food came about, which was after leaving a seafood restaurant in Barcelona in 2009. We walked past a McDonalds and I wondered why we did not have a mainstream fast-food restaurant that was healthy and sustainable? I already knew that there were major issues with overfishing and so it then became a personal choice to either return to China or to pursue this idea, at the time called Ocean Fast Food.”

It was during the feasibility study that Ocean Fast Food became O-food, reflecting the fish and vegetarian elements of the menu. “I realised that O-food was a better name as there is a long-term need to encourage people to get their protein in another way than from meat and fish,” Jens says.

The O in O-food is a container for the company values; 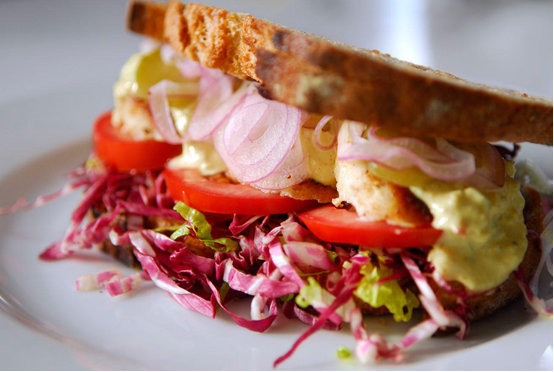 The Department for Environment and Rural Affairs (DEFRA) have published a long-term outlook report to increase sustainability in fishing, Fisheries 2027, within which retailers and foodservice operators are a key stakeholders. This, together with The Big Fish Fight campaign started by Hugh Fearnley-Whittingstall, were also major inspirations for Jens to create the idea for O-food and establishing it in London.

“I could see that there was a public and regulatory trend towards increasing sustainability in fishing. The statements made in the report related to the value chain and it was clear that see that there were huge issues amongst retail and consumers, who were generally not aware. It was a huge challenge but a huge opportunity.

“Equally, having lived in London since studying I had had a chance to see the success of fast casual chains such as Pret a Manger and began to think about what O-food could be like here. Once I’d seen Pod and realised that they were doing something similar, it was clear to me that O-food could work.” 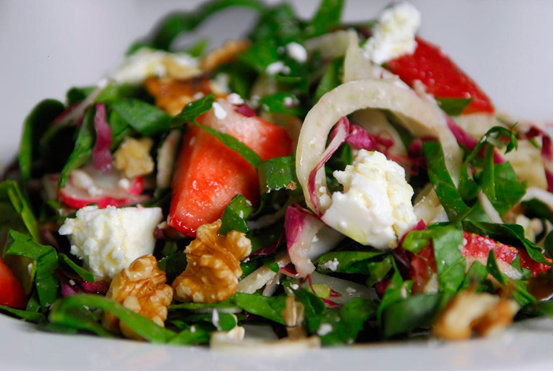 Whilst Jens has a passion for business and being an entrepreneur is undoubtedly the driving force of his mindset, his personal background lended an appreciation for food. His step-father, Troels, was a huge fan of classic French cuisine and great chefs such as Paul Bocuse and Alain Ducasse. “He taught me how to cook classically from a young age, everything from classic sauces and dishes, thickening methods, knife techniques and so on. I built on that interest and just loved food. In China, for example, I studied Chinese but loved eating the food – in that country it is all about the food.” 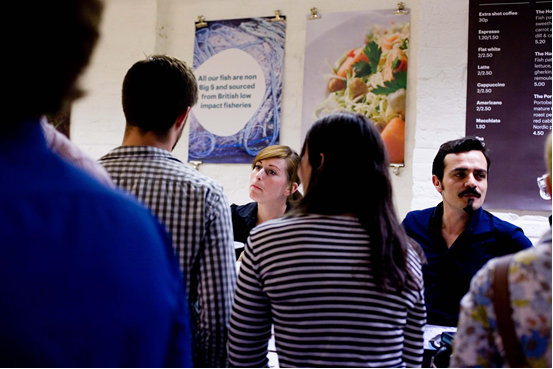 In order to build the food concepts for O-food Jens worked in a number of restaurants in Denmark. Nikolaj Kirk and Mikkel Maarbjerg – two well known chefs in Denmark who partner together in their company Kirk + Maarbjerg in Denmark – finessed Jens’ ideas into the menu. Mikkel has been a two Michelin star chef for two restaurants, whilst Nikolaj is a famous celebrity chef in the country. They are both the Big Fish Fight representatives in Denmark. Jens believes there has been a clear trends towards chefs developing menus for casual dining concepts such as Mana, Pod and Lyfe which are leading a trend toward a higher quality offering in the quick-service sector.

“It’s about increasing quality whilst spending less. However, when making it more healthy it still has to taste amazing. Nikolaj and Mikkel are a phenomenal duo who have given me so much knowledge and advice, along with their expertise in food but also running in a restaurant and the kind of equipment that will work best.”

In the UK, Jens credits Mike Barnes from Catering Projects, who he met during a four month stint working at Chipotle, as a huge influence on the launch of O-food. The business supplied the equipment for Jen’s pop-up restaurants and is one of the suppliers currently in place ready for the high street launch. 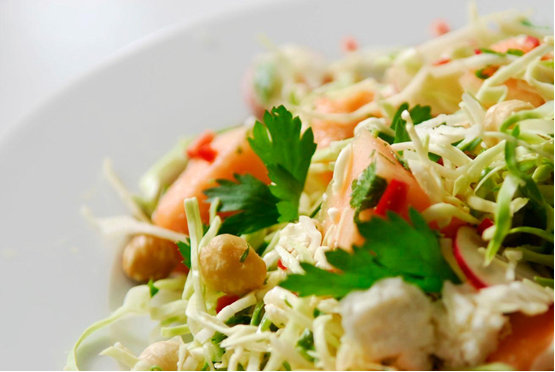 At present, Jens is putting the final pieces of the puzzle together supported by Claus. Having worked with Jens since February last year he observes:

“It’s about putting passion together with the business plan. For the past 10 months I have seen Jens’ develop in terms of how to make the idea work from a project planning perspective. In my career I had worked in China as a managing director and setup a sub-division of a major medical device business there – to work with Chinese people, you have to have a plan, and ensure that it’s progressing in the right way.” 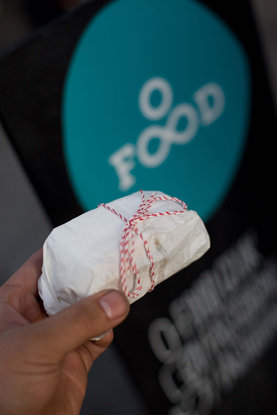 Jens’ ultimate aspiration is to develop O-food into a chain in London, before moving to major European cities such as Copenhagen, Paris, Berlin and Madrid. He concludes:

“Entrepreneurship was my main interest and not having a job that was nine-to-five. However, it was my passion for food and saving the planet that led me here. I did not imagine five years ago that I would be about to launch a restaurant business. But business is a good tool for changing things quickly and does not have the bureaucracy of politics.

“I want to change the world by changing the way we eat. There are huge discrepancies in food distribution, and it does not have to be that way. For me O-food is more than just a company, it’s an aspirational movement with the potential to make a global impact.”