Jannes Soerensen was a Golden Key Concierge (Les Clefs d’Or), who started his career in his native Berlin before embarking on a journey which saw him work in Paris, without originally speaking French; Barcelona, without speaking the native language; New York and London. From riding an orange scooter around the streets of Paris to taking advice from his concierge mentors to becoming one of London’s youngest General Managers of a five-star property, it has been some journey, with many lessons learnt along the way.

Now General Manager of The Beaumont in London, Jannes reveals how his mantra of ‘trusting people to be the best they can be’ has taken him to the top echelons of hotel leadership.

The Beaumont, the five-star property established by London restaurateurs Chris Corbin and Jeremy King, has recently been taken into private ownership. It is likely that when the prospective purchasers explored the property, they discovered a team which had been shaped and modelled by an encouraging leadership style.

This style has cascaded down from relatively young General Manager Jannes Soerensen, who has been with the property for the last three years. The new owners would have found an approach which is built on fighting mediocrity and nurturing a culture where every employee knows what their mission is and is trusted to deliver it. Jannes has shaped a solid team which is sincerely joyful. It’s rare and creates a positive aura, but how did Jannes achieve this?

To understand how Jannes approaches leadership today, it’s essential one travels back to the early noughties when he was discovering his hometown of Berlin, working as an Assistant Concierge at the Hotel Adlon. He shares his first years in the industry: “I met Raffaele Sorrentino, a legend in the concierge world, who told me I was going to work in the lobby and learn in depth what people want, how they feel, how this makes them behave and how ultimately to enrich their lives. I became deeply immersed in life, music, opera and theatre and it was a fabulous education. And, I realised I wanted to keep on learning and discovering more.” 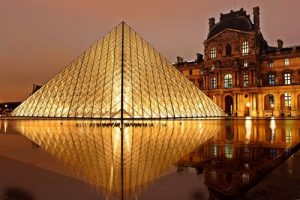 At the age of 24, Jannes left for Paris with a suitcase but with no knowledge of French and no job. He explains: “I was determined and went to all the grand ‘Palace’ hotels in the French capital but was told I couldn’t possibly get work without speaking the language. However Raffaele Sorrentino had spoken to the Head Concierge of Four Seasons George V, Roderick Levejac, and recommended me for an interview. I met with Leah Marshall, the Rooms Manager at the time, and shared my ambitions. She gave me the job and as for the language, she simply said ‘you’ll learn it’.”

This is where Jannes first saw the power of what he calls cultivating relationships. Working at the hotel in the concierge back office team, he roamed the streets of Paris on a 1970s orange scooter, to learn all about the city and met the people that drive it. “I would sit at the very top of the Palais Garnier and although I couldn’t see the stage, I would listen to the music. I would visit as many restaurants as I could even though I couldn’t afford to eat in them just to meet the people who worked there. I visited all the museums, so I could talk in personal terms about my favourite pieces of art and experiences.”

Jannes repeated this approach a few years later when he moved to Barcelona without being able to speak Spanish. “I remember my first day at the Hotel Arts Barcelona, expecting to be given a list of job tasks and an ops manual, only to be told that ‘the most important thing is that you are happy at your work – that’s it’. This advice has always stuck with me. Happy employees are the best employees.  Sincere happiness is contagious and affects all your relationships, whether with colleagues or guests or loved ones. To approach someone with the attitude ‘I am happy you are here’ conveys that you genuinely care.”

“I learnt to slow down my approach. At this level, meaningful relationships are made one guest at a time, one travel professional at a time, one member of staff at a time.  It is important to build trust.”

It was during this time that Jannes became a member of Les Clefs d’Or. “Being a part of the ‘Golden Keys’ includes the benefit of a worldwide network.  A fond memory of mine is when I was asked to track down an old friend of another concierge, who was living somewhere in Spain. I was able to find them from just their name, which was a very common one, so it took some serious searching around the country but eventually I found him. This is typical of the dedication of concierges.”

Next for Jannes was New York City where he became Assistant Chef Concierge at The Plaza Hotel, a landmark luxury hotel, having once again impressed despite no experience of the Big Apple. This period in the American city would play an important part in shaping how Jannes approaches leadership.

“I was working with Raphael Pallais, Chef Concierge and Shane Krige, Managing Director, who were very much of the mind-set ‘we trust you to make it work’. I was young, managing a team of extremely experienced concierges, many older than me and all very different characters, with much to offer outside the work sphere: like so many in the world of New York concierges, there were poets, writers, actors, dancers, singers. Raphael had even written a Broadway musical. I was like a sponge soaking up all their knowledge and found their insights invaluable.” 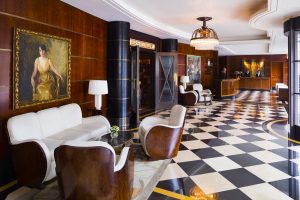 “What they taught me is that it is important to create teams of people that are not all the same, but work well together and coherently as a team, complementing each other’s styles, characters and skill sets, and able to reach a consensus. As the manager of the team, it is your job to bring out the best in each of them, give them a platform to perform and provide safe conditions which allow them to contribute and make their own decisions.”

Amongst the other lasting lessons he learnt is the need to keep pushing yourself to become better at what you already do well, to out-do yourself. Another piece of advice Jannes holds dear is never to allow yourself to become too comfortable, so after travelling in Asia and pondering the idea of working in Japan, he decided to move to the UK instead.

“I went from a great lifestyle in New York’s West Village to a flat share in Stockwell, London. It didn’t matter to me because I was given the opportunity to work in the Front Office at the Connaught hotel.” In typical Jannes style, he moved up the ranks to become Director of Rooms. Nathalie Seiler-Hayez, the GM at the time and a friend today, opened his horizons, introducing him to the world of sales, travel agents and cultivating relationships in a different sphere.

Then one of his key mentors, Didier Le Calvez, his GM from the Four Seasons George V and then at Le Bristol Paris, came calling and so he moved back to France as Director of Rooms and member of the Executive Committee. Lessons learnt were aplenty, as were connections made. “I learnt to slow down my approach. At this level, meaningful relationships are made one guest at a time, one travel professional at a time, one member of staff at a time.  It is important to build trust.” 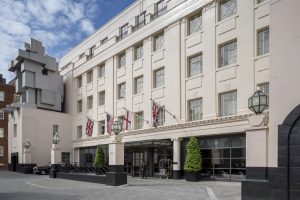 London, however, wanted Jannes back and The Beaumont in Mayfair, with its art deco-style interiors and famous Antony Gormley room, needed a General Manager. A former colleague recommended him and Jannes was propelled into his first GM role. “At that stage in my career I would not necessarily have put myself forward yet for such a position but, with reference to the mantra that one should never become too comfortable, I took on the challenge and it’s without a doubt the best thing I have ever done. I now know that I can truly create something of value, with the support of my team. They make all the difference.”

A mentor in this latest stage in his journey was Jeremy King, whose vision became The Beaumont, and who entrusted Jannes to deliver on his own personal belief that ‘hospitality comes from the heart and not the boardroom’. 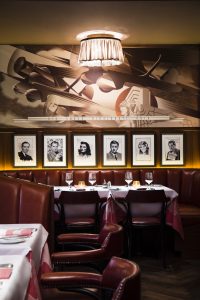 Managing the Executive Team at The Beaumont is where Jannes has been able to apply the many lessons learnt: “You need different voices in an executive committee, it is a collective effort, it is not a solo venture. It is my job to lead, to set the values, to pick the right idea in the room and to nurture a culture of debate, where people contribute, and show how much they care, with people that stir and nag and others who appease, all within a secure setting where everyone can safely have their say and not be afraid to make the right decisions.”

He believes most of the successes in hospitality comes down to hiring the right people, providing constant leadership and a stable environment in which people are allowed to be the best they can be. “Trust your team and encourage them to take ownership of how they perform and they will do so at the highest level because they want to and not because they are required to.”

When one meets Jannes one discovers a confident, engaging character who has an aura of calm around him.  Still just as adventurous as when he was whizzing around on his orange scooter, Jannes is as ambitious as ever to make sure The Beaumont continues to offer meaningful experiences for its guests.