The ethos is simple. Leaders cannot be taught just by textbooks. They need to be nurtured and developed through their exposure to the world beyond work and home.

We are seeing record numbers of boards ask: “Where are the next generation of leaders and why are they not breaking through?” At EP we have debated some of the causes over the past year. One of the most common answers is that many professionals seem to do exactly as they are instructed. Intertwined with an increased fear of failure and far less questioning and expression.

This can be neither healthy nor productive. The best teams often include difficult characters and others who challenge thinking. Many of the best leaders have not followed the rule book but instead their own instincts.

This has happened in sport. The All Blacks created two mantras as they became arguably the best team in history. 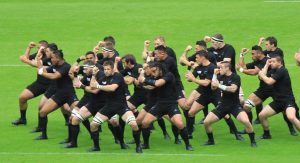 This is sport and not business but the ethos can be the same. Becoming a leader requires more than being well educated – it needs an understanding of people, of life, of the good and the bad. It needs the courage to stand and believe in something more than oneself and one’s own interests. It requires values and principle.

The only thing that will nurture such traits is exposure to life in a range of ways. Being involved in more than just the job and home.

Many argue that there has been had one of the greatest generations of leader in hospitality but that generation grew up in a time when the young were arguably freer to express themselves. The late 70s and 80s were the period of CND marches, great political debate, of University grants and of being given accountability at a younger age. Many leaders held roles of genuine responsibility by the age of 25 – which would never happen today. They were exposed to life in a broader sense and had fun.

Moreover, they understood the importance and value of friendships and teams. Artificial Intelligence (AI) didn’t exist in an even close comparison. There is need to understand young generations are growing and developing with a very different back drop. There is more work to be done to help nurture their talent.

To this end, we are developing a number of initiatives and schemes to support this. They range from the relaxed and fun to more focused activites:

We will be hosting regular talks on leadership by the proven