Has technology made businesses more accountable as it has for sport?

It is an interesting contradiction as of course the one factor that has changed both the worlds of sport and business in recent times the most has by far been technology. The key difference though is that technology has risen the bar in the behaviours and personal accountability of those in sport and arguably the reverse has taken place in business where many behaviours have fallen and accountability is sometimes lacking.

Sports has become truly world class in its professionalism and approach. Business is also world class but in truth, there is more confidence that British sports can compete at the top than arguably many British businesses and UK Government will compete on the global stage with Brexit.

Both Government and Business can do well to watch and learn from sports. 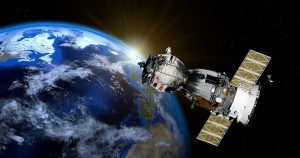 Last Thursday, EP played host to a number of the England Women’s Rugby teams – 7s and 15s – and they lit up the audience with their passion, maturity and insight. They were aged 27-36 and most businesses within the audience would have happily recruited any of them.

They understood their accountability – both to their teams and to themselves. Everything that they do is measured. They carry GPS devices measuring them each day. There is nowhere to hide and nor do they want to.

What was fascinating about the players was they talked openly about the importance of their group and how they were empowered to find and create answers. Interestingly they hardly mentioned their coaches. One is so used to listening to the importance of Sir Clive Woodward to the 2003 team and Eddie Jones to today’s – but this group – also World Cup Winners in 2014 – talked of the responsibility of the team and the leadership with the team. They understood about not just their diets, nutrition, training schedules etc. but also about their responsibility to the wider community, to younger players, emerging talent and to social communities.

Everyone was struck not just by their maturity but also by their desire to lead in sport and beyond. They are not isolated examples. The same is true about the Men’s 7s team and of many of the leading rugby clubs.

Their attitudes and thinking would be an asset in any business – especially with regard to culture, trust, honest communication and nurturing and identifying emerging talent.