The balancing act for Greek tourism

Last year’s record figures and the forecasts for further growth issued at the beginning of the year could prove to fall flat for Greece.
The head of the Association of Hellenic Tourism Enterprises, Andreas Andreadis, warned that the positive expectations may not come to pass.

With the Greek government betting on tourism to meet its fiscal targets, the warning is a worrying one. Especially as Andreas argues that excessive taxation by the government will make an impact. Plus the delayed completion of a bailout review that led to additional austerity measures for Greece.

Having already suffered a 10% decline in competitiveness due to the taxes of the third bailout agreement, the concern is also that the cost of accommodation, food service, beverages and more will increase.
A balance must be found between increasing tax and the impact from tourism, especially with the record summer that was expected, potentially not happening.

However, security concerns in other countries may help Greece secure as many as 2.3 million tourists from Europe’s leading tour operators. With security issues in Turkey, Egypt and Tunisia, Greece may be hoping for an improved share from their tourism rivals: 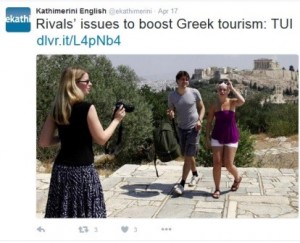 The impact on hotels?

The government plan to impose an overnight fee on hotels, ranked in categories above two stars, would be a gravestone for business activity in tourism – it could lead to a massive wave of hotels downgrading to lower categories.

What does the rest of the world think?

Oleg Safonov, the head of the Russian Tourism Federal Agency addressed the Greek-Russian travel forum this week and announced that the number of Russian tourists in Greece this year may reach 1 million.

Whilst attracting 1.2 million arrivals in 2013, there was a downward trend during 2014-2015.
However, the head of the Russian Tourism Federal Agency also referred to long-term bonds of Greece and Russia in the fields of religion and history verifying that ”Russians love Greece and they like to travel here. They like the beaches and the sunny climate, but there is room for expansion of their travel choices to other less known destinations within the country.”

The beauty of Greece will always be a draw for some: 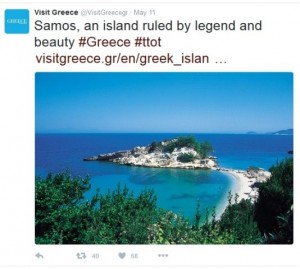 Has the peak of the UK hotel property market been reached? The market saw its first decline in average RevPAR in four years during the first 3 months of 2016.  Find out more

Hotels for Game of Thrones fans. With season 6 now on TV screens, hotels in some of the main filming locations are hoping to draw in the audience. Click through the hotels here

Is Friday 13th the best day to travel? Travel today and feel the benefit of travel bargains. A new study has shown that travelling today on Friday 13th is up to 41% cheaper than any other day this month.  Read more
Giraffes, underwater rooms, mirror cubes – the weirdest hotels in the world. With the growth of an experience rather than just a room, these hotels are inspiring travellers to be more adventurous. Find out more