The lack of emerging leaders is often written about. Is it true that we have lost a generation? But is it also true that there is potentially a great one that follows?

One of the most common comments discussed in all companies is that the emerging talent has seemingly less initiative and does not seek self-improvement but expects rapid promotion and development. The question why is this the case?

To answer this question one needs to take a step back because there is a view that the education system has moved from inspiring natural curiosity in children, such as teaching children to learn independently through asking their own questions to an almost ‘learning formula’ or process in a bid to achieve certain exam results. So from this perspective, learning is now often achieved ‘robotically’ as a specific process rather than through a natural human desire to explore new ideas and answers.

The knock-on effect of this is that many people are now coming into the work place but are not adequately equipped to use and explore their own skills and initiative without having some kind of direction first. This is sadly hindering younger talent from stepping up and being accountable in their roles let alone exploring opportunities within their roles. The real focus needs to be on ensuring that new talent explores life beyond themselves and learns directly through experience.

If one looks at the baby boom generation of the 1980s in comparison, those who grew up in the late 70s and 80s left home at 18-22 years; they were politically active, went on CND marches and held jobs with responsibility by their early 20s. In our Chairman’s network, the average age they say they became a board director was at 29 years. Today it would be at least 10-15 years later than this.

There is a belief shared by many companies today that there is a lack of emerging leaders coming through and that there is a direct correlation between school league tables, the increased use and reliance of technology within business and the internet revolution – and this is a big issue. The ethos is simple. Leaders cannot be taught by textbooks. They need to be nurtured and developed through their exposure to and experience within the world beyond work and home.

Why are the next generation of leaders not breaking through? Is one of the most common reasons simply that many professionals seem to do exactly as they are instructed? Intertwined with an increased fear of failure they are far less questioning and expressive in nature. This can neither be healthy nor productive from a learning and development perspective. Many of the best learners and leaders have not followed a rule book but instead, their own instincts.

The new generations however, do want to be involved in a broader remit and they also want to contribute to business and to learn. The framework needs to focus on one simple task: nurturing and creating better people that are more broadminded and emotionally intelligent; get this part right and this will also lead to better professionals and more progressive learners. 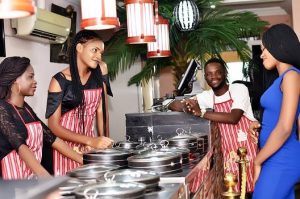 This is our aim with “Beyond the Model” which we have just launched – to create events and adventures that focus on supporting the improvement of character, exposure and experience. This year we are leading a walk to support charity from Venice to Florence and another from Lyon to Dijon. We want emerging leaders to join these walks and be immersed in different cultures, environments, conversations, experiences and learning, all to take back into their lives and businesses whilst doing more by supporting our two nominated charities – Adopt a School which is teaching children about great food and nutrition and one with Crista Cullen (GB Gold Olympic medallist) who works in Elephant Conservation in Kenya. Both are important causes.

But we aim to do more – we will host a series on cultural, economic and political forums to encourage emerging leaders and talent to learn, question and be open minded. Our ethos is simple:

Let’s get to work.