Is the Increased Fear of Failure linked to the rise of Social Media?

The BBC published a fascinating interview with the former England Cricket captain Alastair Cook this week and he made a number of observations that also held relevance for modern business.

Many bosses have noticed not just a change in behaviours but also a change in how people communicate and a greater reticence to take on risk. Many talk about risk taking, innovation and being brave but the hard truth is that business may well be less innovative, less courageous and taking less risks than ever before.
There has to be a reason and the question is whether the open transparency of life creates its own pressures. Cook has avoided social media when his team-mates have embraced it, and he thinks it now puts more pressure on new players.

In the BBC interview Cook commented:
“I do think it builds the pressure the guys are under – not in terms of the cricket and playing, and what you’re trying to achieve, but certainly in terms of the scrutiny, even since the day I started, because it is more instant”.
“I made my debut in 2006 and absolutely, there was the pressure of the cricket, but there was no social media. There was no direct feedback to your phone. If you wanted to, you could avoid it.” 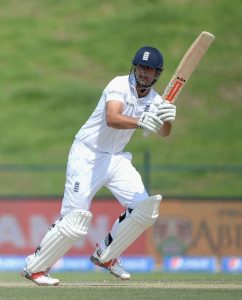 He continues: “Now, from the moment you’re out, if you’re on social media, someone can be sitting at home, and if you’ve played a bad shot or bowled a bad spell, they can almost directly get in contact with you. Every ball is there for someone to see.”
“I remember sitting with Matt Prior when he was really struggling with his Achilles injury and his hand injury and he was going to take a break from the game, and we were sitting at Lord’s talking about it,” Cook said.

“If you’d read the things that were said five minutes before he announced the break, certainly on social media – ‘we’ve got to get rid of Matt Prior,’ all that sort of thing – and then as soon as he announced he was going to take a break, which unfortunately he never came back from, it was ‘oh we’re going to miss Matt Prior, what a great servant, what a great player, how are we going to replace him?’ and it was an amazing thing, to see that difference.”

Of course there is an argument that leading sports players are in the public eye and that this all goes with the territory. True.
But pressure is proven to lessen productivity and few are so strong as to be able to ignore every comment.

The other counter is that social media today is seen to be such a great tool – witness Trump’s use of Twitter. True again but Trump’s team also invented the term “alternative facts”. We are beginning to live in an age when the truth is not always true. 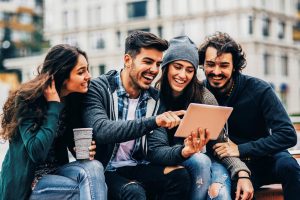 One can argue that has always been the case – that spin has been part of life with Blair’s Government and right back to the early days of media. Again true but there was less pressure and the real question is not over what is true or not but rather are we creating barriers to progress, to vision, to bravery?