Emotions still run high within the UK over Brexit. They are clearly running high in Spain too after the Catalonia referendum. Setting aside politics, it is surely clear that there are large groups of people that are rejecting globalisation with a desire to belong and have an identity. It is a core desire that seems to be driving so many agendas all across regions.

Is it any different within local communities? There have been a number of pieces of research published that argue people are looking for an ideal that, in truth, no longer exists and this is creating discontentment and restlessness.

More core and basic than politics

It is about tribe and a desire for compassion within communities. Recent research has also noted that this is arguably a period where people do not know who to vote for in an Election. Recently there was a poll which showed support for May as PM stood at 33%, Corbyn at 31% and Don’t Knows at 32%. One witty comment was that it would only take another 2% for Don’t Know to be leading as the best choice for PM. Of course, this is superficial but there is an important underlying point.

The argument goes on that people are just not adjusting to the inevitable change that is taking place. Maybe it is inevitable that things change but one would also suggest that history has shown time and again that people are generally tribal in nature and want to be part of something that gives them identity. Maybe rather then rejecting the notion there is an opportunity to see how this can be utilised for hotels and restaurants effectively. 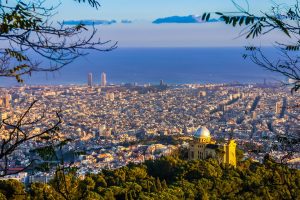 One can argue that sport taps into this emotion, drawing in greater spends and greater numbers. Stadiums are getting larger and are still not lacking in numbers.

Hospitality has a key role is to play within communities. It is the most natural place to bring people together and the challenge for the industry is how to tap into the emotions just as sport does? There are many hotels up and down the country that sit within communities and are not playing proactive and central roles.  There are few natural leaders sitting within communities today – however hotel managers are certainly one. The challenge and the opportunity is how best to play a role that is valued by those around the business.

Change will continue at pace, but as it does one suspects that the desire for strong local communities will only grow and so will the opportunities.