We are delighted to bring you the final installment from Professor Peter Jones MBE as he prepares to launch the Edge Hotel School at Wivenhoe House.

In truth the storyline about the ‘bats’ is becoming a little forced, with this definitely the last in the series. For the avid readers who have followed the story over the past year will realise that bats have been a consistent theme and a useful ‘hook’ for most episodes. With the project rapidly coming to fruition, my role and that of the ‘bats’ also comes to natural conclusion, but the moment should not pass without a final salute to those creatures that were rarely seen, never heard, yet had such an influence on the timing and costs of the project.

Why entitle this piece ‘investing in bats’ when clearly we wanted them to go away?! In this context, bats are a metaphor for staff. Management would be so easy if the staff, were rarely seen, seldom heard yet delivered excellent service, worked diligently and efficiently and hung upside down in the rafters on constant call. Well perhaps not the last bit! The investment that was made in the project to look after our bats, was significant in time, money and resources. The level of understanding of the vast and complex regulations that governed their removal and the care and attention given to their habitat and rehousing could be described as five star.

It was during the recent Master Innholders General Managers Conference that comparisons of staff with bats became obvious to me. The thought-provoking opening and closing speakers, in very different ways highlighted, what makes excellent service and successful hotels, are the staff. Staff who are not hanging from the rafters, but are motivated and anticipate guest needs, are be able to see “where the ball is going to be not where it has just come from”, to be recognised for their Human Qualities (HQ quotient). and challenged by their work and themselves to ‘be brilliant’. Inspirational stuff and absolute common sense, yet not as widely practiced as we would aspire to.

Why is it then that we invest so much more in other parts of the hotel yet are always reluctant to make the same scale of investment in staff? The investment in moving our bats ran into many thousands of pounds, the investment in refurbishing a room tens of thousands pounds, yet we still see staff development as a cost not an investment. Do we really see staff as ‘talent’ to be nurtured, do we lavish the care and attention on them to develop them as our ‘bats’ for the future?

Becoming involved with the Edge Hotel School is your opportunity to invest in your ‘bats’, to recognise their human qualities and to challenge them to be brilliant. All for far less than the ‘cost’ of refurbishing a room. For details on how you invest contact Alan Jenkins, Principal of the Edge Hotel School on: Alan.jenkins@edgehotelschool.ac.uk or Zoe Periera, School Operations Manager on Zoe.periera@edgehotelschool.ac.uk who will be delighted to come and talk to you and your staff. Equally they are doing webinars in early March if you want to send potential “bats” along to see it for themselves.

For me this is my last blog as the Project Director as my role is changing to a non executive one. Thank you for indulging my ramblings and my interest in bats and things, I trust that they have informed and amused and until the next opportunity, au revoir.

PLANNED FOR A JUBILEE OPENING!
The hotel is nearing completion despite the recent weather.
An early guest with Wivenhoe House in the background. Not a bat in sight! 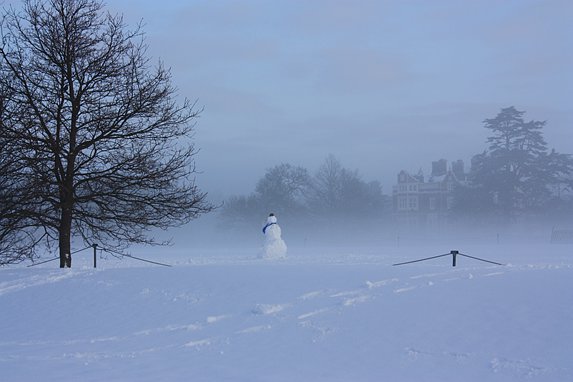