EP works with and supports numerous entrepreneurs across the sector. At the most recent count 130. They are the innovators of the sector and their new ideas can add value across the whole hospitality industry.

Angela has established 18 franchises and aims to change how swimming is taught.

EP asks Angela Wilson about why she created her Swim School…

“We do not just teach people to swim we teach them to reach their full potential and be the best they can be.” 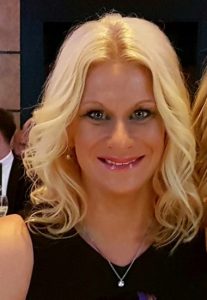 How did your company begin? What was your inspiration behind creating it?

It began from my desire to give something back to the sport I have lived and breathed for so many years before ill health forced me to retire.

What were you doing before this?

I was a competitive swimmer. I took part on my first competition when I was 5 years old and had to be lifted onto the block. I became Scottish National Champion aged 11 and was selected for Team GB aged 15.  I also competed in the World, European and Commonwealth Games.

What problem do you solve in the sector?

My intention is to change the way swimming is taught. My unique teaching method used in my Swim School produces swimmers. We do not just teach people to swim we teach them to reach their full potential and be the best they can be. I want to reduce the amount of drownings by making people aware of the dangers of water.

What stage are you at now?

Having established our first 18 franchises we are now working on strengthening and promoting the brand to attract more franchisees with a view to establishing our franchise network throughout the whole of the UK in the next two years.

What have you enjoyed the most so far?

I have enjoyed the success that many of my pupils have achieved: winning medals in the World Transplant Games; being picked to carry the Olympic torch in 2012; competing in Rio 2016 and two of them being selected for Team GB for Tokyo 2020. 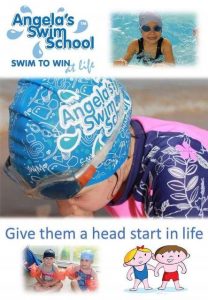 Biggest challenge you have faced?

Missing out on the opportunity to achieve the Olympic gold medal I had dreamed of and trained for.  Also I have been diagnosed with Autistic Spectrum Disorder.

How do you overcoming?

I have had to learn to accept that I did not achieve my dream and turn it into a positive by helping other people achieve theirs. There is not a way to overcome my condition, I just learn to deal with it on a daily basis.

Plans for the future?

To be recognised as the top brand and method of teaching swimming.

I am also trying to set up a charity to help autistic children as there is currently no provision for them for specialist swimming lessons in the UK.