The Clipper Round the World Yacht Race is the only event of its type. Anyone, even if they have never stepped on a boat before, can join the adventure and circumnavigate the world in a one year marathon.

Taking part in this year’s race as a full circumnavigator is Andrew Taylor.

In this introductory blog he explains how he came about this amazing once in a lifetime opportunity and life challenge.

In August this year the world’s longest yacht race, Clipper 13-14, departs around the world. Twelve identical, brand new, 70 foot long Ocean Racing Yachts will compete in 15 separate races with a Formula One style points system and rules in over 40,000 miles of Ocean racing. The 11 month race has 8 short land stopovers on six continents, attracts major global sponsors and captures the attention of the world’s media.

Clipper recruit amateur crew members from over 30 different countries and all backgrounds. Aged 18-60+ the crew undergo an incredibly steep learning curve during four weeks compulsory offshore and onshore training. Then in May the crew are allocated to their respective teams, boats and skippers in what really has to be the world’s largest seating plan!

Taking into account age, ability and sailing skills the Clipper race director’s office attempt to level the field and make the race as competitive as possible. Crew members who possess specific, useful skills, such as medical or engineering, are also spread evenly across the teams. Each final team consists of a professional skipper and around 40 crew, with only the skipper and about 4 of these crew aboard throughout the whole circumnavigation; the remainder crew, known as ‘leggers’ join and leave the boat at the race stopovers for single or multiple legs.

Where did it all begin?

Andrew’s journey started quite a while ago. On the 6th July 2005 I was standing in the Wembley Stadium boardroom with many of my colleagues, all of us working together on the final designs and mobilisation plans for opening the new Wembley Stadium. A hush came over the room as we watched and listened intently to the live broadcast from Singapore. Jacques Rogge, with a precise clarity of definition proclaimed: “The International Olympic Committee has the honour of announcing that the Games of the thirtieth Olympiad in 2012 are awarded to the city of ………. London”. A short sharp cheer went up followed by a pause and an intake of breath, wide eyes, hugs, smiles and tears around the room. London was at the centre of the world’s media for today, the 2012 Olympics were actually coming to town, and what a place London was to be on that day. 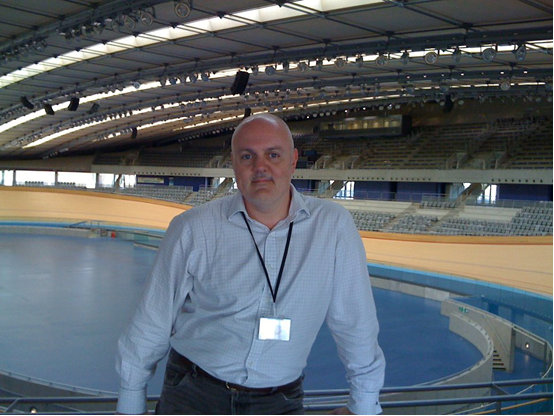 A little over 24 hours later many of the same people were back in the same room watching the same TV and observing the terrible and surreal events unfolding around us in the city centre throughout that day. Once again London was back at the centre of the world’s media, albeit for very different reasons.

We all had a good number of our team members, close friends and family in the city on the 7th of July 2005, and we spent the rest of the day tracking each of them down and ticking off a list as contact with each was made. It wasn’t until quite late that evening that we ticked the last name off the list. We checked the list again & again to be absolutely certain, slowly we realised all were safe. Then the wide eyes, hugs, smiles and tears which had the previous day filled the room, washed over us again as the sense of our relief mixed with the sense of tragedy for so many others in the city.

I have no doubt, we all remember clearly where we were during the events of those 48 hours, and they will have changed very many lives all across the world, some fundamentally more than others. For me, they are quite deeply ingrained, and have since made me think far more carefully than before about what life should hold in the future, how fragile life actually is, and how lucky I was in career, friends, family and health. Over the following few months I made two quite large and potentially life changing decisions which are now coming to pass.

Firstly, I decided that after working on the successful opening of the new Wembley Stadium, I would seek to contribute in the best way I possibly could to the success of our home Olympics. Two greater professional opportunities would so rarely present themselves, and I would be totally mad not to grasp this moment.

Secondly, I decided that in early 2013, after the Games, I would stop…….. pause……..and go do something completely different for a while. After all, whatever could one possibly do to follow being part of these seven truly amazing years of sport in London?

I started considering a climbing expedition, as I had done so many times before; it’s a great way to recharge in between projects. Then one morning at a railway station I saw a poster for Clipper, round the world yacht race and thought ‘Wow!’

I contacted them the same day to find out more. After several meetings, an interview, a tough selection day, plus much personal consideration discussed at length with my parents – without whose support I couldn’t do this – followed by some personal financial calculations, I signed a contract with Clipper to join the race and circumnavigate the globe. From that day onwards I have smiled to myself every time I thought about this; I really had found a valuable personal goal, a sort of ‘self bonus’ and deeply cerebral motivation in life, pausing only to reflect on my health, luck, privilege and the opportunity faced in order to achieve these goals. I had to keep my race participation a secret for a very long time. I needed to provide time for my very closest friends and family to adjust to the thought and prepare the final plans for being out of the country for one year first. Also, knowing someone is leaving and going away can be quite disruptive in a working environment, and the Olympics was not a time for extra disruption, we had enough of that already!

I am now well under away with packing my life away. I have rented my house and am selling my car and the contents of my garage; all quite time consuming but equally cathartic. It is all getting very real already, I don’t have any free weekends now before we depart in August; my diary is rammed full every week and I am already really starting to feel the pressure of time. Quite ironic in some ways, as escape from this was one of the motivations for competing in the race! 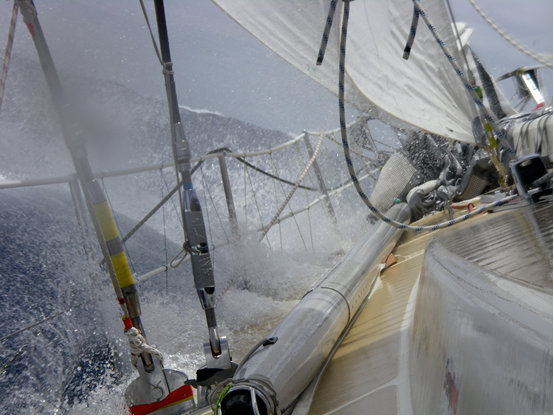 There are many challenges in the planning and training for this; new skills to learn, fitness requirements and living for extended periods of time at sea are the obvious ones. But interestingly there have been many surprise challenges too, like who’s going to file my tax return next year, who will be power of attorney for me whilst I’m away, the level of insurance required and the concept of facing your last will and testament in more detail before leaving. Then more recently, I have started writing Christmas cards and wrapping birthday presents for the next year and a bit!

There are likely to be many challenges in the year ahead at sea too. Some can be anticipated, such as the total lack of contact with family and loved ones for extended periods of time (the longest race is some 6 weeks non-stop sailing). Others will be new, unanticipated and part of the evolving challenge once the race commences. For me, one of the exciting challenges, and a great learning opportunity from this experience, will be a constantly rotating and restructured team. Within the 20 crew on board each of the identical 70 foot stripped out racing yachts, only a select few are circumnavigating, the rest will rotate, with team arrivals and departures at each of the 8 stopovers, which intersect the 15 separate races. This constant rejuvenation will be motivational, in the same way as new recruits and team members are in a working environment. They will bring new stories, recipes, jokes and fresh fit muscles. However, we all know this change also breeds conflict and unrest, and with the levels of constant and unrelenting commitment required to race these high speed yachts, the lack of sleep, very minimal comforts and only freeze dried and tinned food each day this is sure to be massively exaggerated to the extreme for us aboard.

Offshore training is now well underway in the Solent and English Channel, aboard the 68 foot boats which completed the last Clipper Race during 2011-12. There is almost a month’s training which is compulsory to all crew, and with the addition of shore based theory, sea survival, crew coxswain certification and RYA certification courses, Andrew is away from home training for several weeks at a time every month from now through to the race start in August. He has promised us an update on his training, team and skipper allocation pre-race start, and we will bring you this in May.

You can also follow and show your support to Andrew via: www.andrewrtw.co.uk or via Facebook at: www.facebook.com/andrewtaylorclipper1314.