“When talking to people in the hotel industry, one of the most common questions we are asked is: how has spending in the industry recovered from the downturn?”

This is probably the key question facing business at the moment, and Sujata Bhatia, Vice President for American Express Business Insights Europe and Asia, outlined some key trends which may help to address this question at the exclusive industry launch of a research report into the European hotel industry today.

With over 90 million cards in circulation and over 5 billion transactions annually in 127 markets, American Express Business Insights is well placed to offer in depth insights into hotel customer spending habits and trends. The presentation this morning certainly generated some healthy discussion amongst those present.

The insights provide an in-depth look into the state of the hotel sector across the major European markets. Spending was analysed for the UK, Italy, Germany, France and Spain, from before the downturn in 2007 to the end of the first quarter in 2011. The research found that: 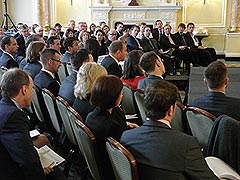 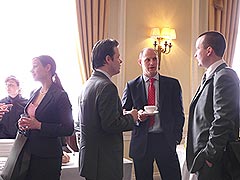 After a large drop off, tourists from outside Europe return

Luxury is back in a big way

Generation Y has a taste for luxury 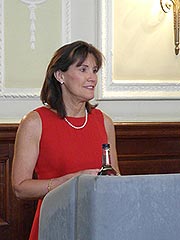 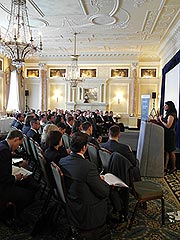 Questions from the audience:

American Express is traditionally viewed as being in the higher end of the market – how accurate is the research to the broader market?

“It’s true that American Express cardmembers are generally more affluent, however in the last few years we have significantly grown our base and we see spending right across the spectrum. Our insights are based on millions of actual purchasing decisions, not a panel or a survey, and we have controlled the data to ensure it reflects changes in spending and not changes in our card base. And, of course, our customers tend to be frequent travellers. So we are absolutely confident that our data is relevant.

Where are visitors to Europe coming from, if not domestic travellers?

“North America is a traditional feeder market, but there is also growth in the BRIC nations, the Middle East and Australia, the latter may well be correlated to the beneficial exchange rate. Visitors from outside Europe are increasing their average spend across all industries (hotels & dining).”

What is the split in customer spending in London versus the provinces and the UK versus the continent?

“London is growing significantly faster than the provinces, with Scotland coming in second in terms of spend growth year on year. Hotels are benefitting – especially in the luxury sector as non-European travellers return to Europe & London. The UK, Italy and France are growing the fastest.”

How is the conference and banqueting market faring? Are things improving there?

“While we didn’t look at this part of the industry specifically, we have seen particularly strong growth in business travel, which is a good sign for the conference sector..” 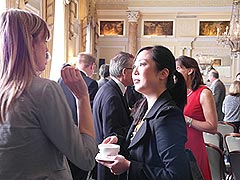 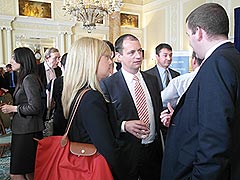 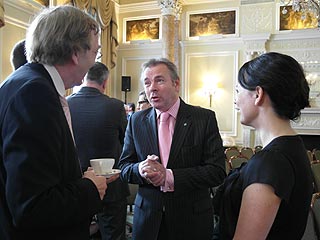