Industry heavyweight Craig Bancroft issues a rallying call for the industry to stand up and take action or feel the wrath of the growing problems.

By demonstrating the great and varied work, Craig believes that the industry can come together and make the needed difference. Will others support?

With strong courage, Craig is driven by the fear of the future and what it could mean for the hospitality industry. The Managing Director of Northcote has over 30 years’ experience and has fought battles that seem so small in comparison to today. He believes that the industry must unite and come together, not just for the business case but for the individuals and teams who make up this special sector.

When one meets Craig they are subjected to a thrilling animated story of passion and desire for a better ‘hospitality world’. He joined the now Michelin Star Boutique Hotel in 1983 and alone he is blazing a trail which others are either hiding from or not acting upon. He calls it a perfect storm and his concern is built on the sector’s traditional solid foundation – people. 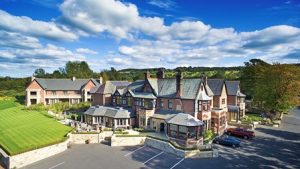 “I have never known recruitment this bad in over 33 years.” Craig declares when asked to explain the storm we have sailed into. “It’s across the whole industry but it’s most noticeable in the kitchen. With the Front of House you can train anyone, it takes time but you can teach them. With chefs it’s a different scenario, they must learn the skill. There isn’t that desire despite TV shows portraying an exciting world behind the pass.”

Is the traditional cornerstone of hospitality crumbling? Since the 2008 downturn, the sector has been the biggest contributor to the UK economy. There are 3.2m million direct jobs and 2.8 million indirect jobs, making it Britain’s fourth largest employer. Over the next five years it looks set to create another 500,000 jobs. Craig’s argument is that without a pipeline of people, nothing else really matters. “VC’s and financers can build and convert new hotels till their blue in the face, if there’s no one to work in them, what’s the point?”

“The people that we do have, we must hold on. Many are tempted abroad for famous names that are opening up new restaurants and hotels. This is all fine and good but we don’t replace those who are flying from the nest. What can we do to attract more talent?”

Craig argues that it will take a lot of hard work from across the whole sector – hotels, restaurants, foodservice, high street, retail and more. He strongly believes that great people can be found, especially those who don’t want to follow University route. He suggests:

“The latter is the most effective route. If we convince parents that the industry is a great place to work, this will make an impact.” Craig interacts with parents whose children work at Northcote. “We need this approach spread across the whole country.” He adds. “There is colossal value in defeating the viewpoint that entering the hospitality industry is seen as a negative. With a range of options available, you can succeed and have a great career.”

“Another way of targeting and retaining talent is allowing them to move around within a ‘hotel alumni’. I’ve had people work with me at Northcote and then helped them find a new experience.” It is a fascinating approach and Craig’s own son has gone on to work at Lucknam Park. Bringing the industry together in this way would take an incredible amount of work Craig admits, “The difficulty may also lie with the sheer number of industry bodies we have in the country. They are doing really good work but are there too many? Let’s bring them together for one powerful collective voice.”

There are other parts of the industry which Craig does have gripes with despite this idea of sharing talent. “When you look at garden centres they often have an F&B offer, it’s usually a café and it has attractive salaries and hours. Their core offering is not the food so how do you compete with this?”

However Craig places dos place responsibility on the whole industry for the current situation. “We have screwed the market. We have agency chefs who do a great job but can move around with ease. Times have changed and now everyone is struggling to keep the talent when faced with this new approach and usually higher hourly rate.”

It isn’t all negative for Craig and he emphasises that the achievements of Springboard, Royal Academy of Arts and Edge Hotel School are noble. 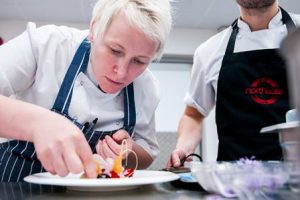 The generational differences do play a part in the storm and Craig believes the industry must adapt to suit the changing desires and mind-set of the emerging talent. “The millennials crave flexibility and culture which we can match. We can also support parents and families with split shifts and fixed hours.”

Craig wants to completely diminish the view that hospitality is not a great choice for a career and a national television advertising campaign is a possible route. “We have seen it with the armed forces – a brilliantly produced advert which really showcases the sheer wealth of job opportunities in the sector. We must show the sector as being the fun place we all know it is. Who can lead this? Well Alastair Storey OBE is one of the great figureheads in the sector overall, but is it fair to say is from a more foodservice background? Can an hotelier figurehead make a real difference, like Danny Pecorelli at Exclusive Hotels for example? Could we build a family of the great and good to start this work?”

Craig is looking for signs of life in the industry now. Who else wants to change the way things are and who doesn’t want to be stuck in the past? Craig is uplifting and wants to use his experience and knowledge to ensure the industry’s legacy is strong. It is about the bigger picture. The focus needs to be on the talent, people are everything in the hospitality sector. It doesn’t need a messiah, it needs to come together.