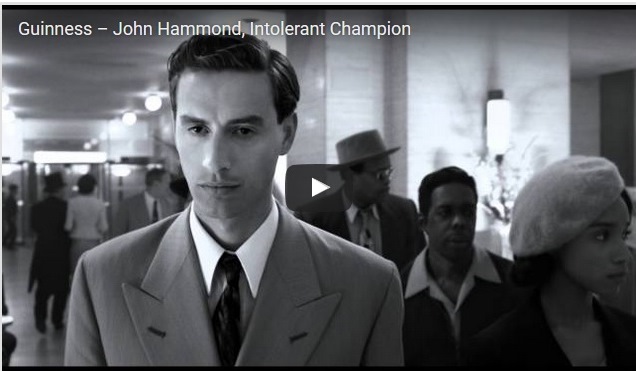 Guinness is a brand many know very well. This week it launches its new campaign on social media before any other channel. The campaign is a nod to the past by taking viewers back to 1930s New York, but is this 60-second video a signal of change? Will companies start to launch all their campaigns and strategic approaches on social media before traditional channels?

The end of tick followed tock?

Many will remember the Guinness surfer advert from 1998. It was simple yet effective and to this day has many talking about its reach. It is one of the most celebrated adverts in the history of British TV.

This new campaign for 2016 tells the story of John Hammond, one of the most influential figures in 20th century popular music and discovered musicians like Billie Holiday, Count Basie and Aretha Franklin. By using a story of a historical documentary, Guinness are heading down the route of returning to the past to showcase the now.

The Guinness campaign is going to be supported by TV but the move to social media first is fascinating. The campaign will be supported by digital, other social channels and PR but the interesting point is that Instagram is being used first. This shows that the platform is growing and becoming more and more popular, with a discerning audience who Guinness clearly think will enjoy the content.

So a brand most know well from TV is going into social media first for their new campaign. What does this mean for others who advertise? Where do restaurants place their special offers first? Will hotels place their promotions on third party websites before their own? It is an exciting time to observe the market and try the new.

Why use social media first?

This social-first approach appears to appease a younger audience which could be argued Guinness does not currently market to first. Therefore the hope is that this new millennial audience, who seek new information, will provide social influences and may potentially become brand advocates. It is an interesting approach because the opportunity to share the content is happening before the adverts air on TV.

Will the audience notice?

Will the millennial generation really become advocates because the brand has chosen a less traditional channel?