Robert Shrimsley on the rise of the Eurotechnocrat after Lucas Papademos, a former vice-president of the European Central Bank, was appointed Greece’s new Prime Minster, whilst in Italy, Mario Monti, another economist and a former EU Commissioner, is forming a new parliament:

“If ever modern Europe needed brave, charismatic leaders to carry their nation through turbulent times, it would seem to be now. Instead, it is as if the crew of the Starship Enterprise had concluded that Captain Jean-Luc Picard is no longer the man for the job and that it is time to send for the Borg. Efficient, calculating machines driving through unpopular measures across the eurozone with the battle cry ‘resistance is futile’ are apparently the order of the day. Faced with a deep crisis, once-proud European nations are essentially preparing to hand over power to Ernst & Young.”

Clip of the Week

If you have a three point plan its important to remember the third point! Texan Governor Rick Perry, a Republican Presidential candidate, fluffs his arguments during a key moment in a debate in Michigan last week.

RSM Tenon are conducting a survey in the Hospitality and Leisure sector, which aims to provide a regular barometer of London’s hospitality and leisure businesses, assessing the sector’s confidence and outlook. This is the first of a regular quarterly barometer.

The survey should only take 5 minutes of your time and your answers will be kept completely anonymous. The deadline for submission is Wednesday, 30th of November.

All participating companies will receive a complimentary copy of the final results, shortly before publication. If you require more information please contact Ashleigh Halliday at ashleigh.halliday@rsmtenon.com 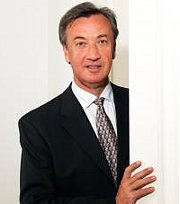 The news that Bill Toner is out of retirement has caused great interest. One of the most accomplished leaders of the past 15 years, Bill has proven that he is able to deliver real transformation in business, and as chief executive of Host Contract Management many expect the business to flourish. So has he changed during his time away? And will two such natural leaders in Bill and Jerry Brand (founder of Host) be able to work together effectively? https://www.epinsights.co.uk/back-into-the-fray/

From the business news this week

The jobs market is facing a “slow, painful contraction”, with firms scaling back decisions on whether to recruit more staff against a background of global economic “turmoil”, a new report has warned