Monika Moser is all about people. As Managing Director for Europe for Wilson Associates, the global interior architecture and design firm, she has just overseen the opening of their London office. EP met with Monika to explore why leaving hotels and entering the design world is actually a benefit for the hospitality sector.

With 400 designers around the world, a strategic alliance with Zaha Hadid Architects, and a Paris Atelier which is jointly led with Tristan Auer, GQ France Designer of the Year 2017, Monika has a formidable team around her. With a focus on making a positive difference to their clients, Monika uses her hospitality experiences to ensure success.

EP met Monika Moser in their recently opened design studio tucked away from the busy London streets in a pretty corner of Clerkenwell. The building, designed by a former Zaha Hadid Architect, includes a vast open office which sits on the basement floor and opens up to the first floor. This area includes a shared office space with an on-trend urban lifestyle feel. With open brickwork and clever desk space, it allows for communication, which is exactly what Monika stands for.

Monika is a relaxed leader who has grown up in hospitality.

The daughter of a hotelier, she spent her first years in South America but travelled extensively with her parents who managed properties in various locations. Her calm nature comes across but her way with words and approach makes it clear that she understands what is needed for a leader in today’s busy world. Fluent in five languages and deeply committed to exploring locations and cultures, she leads the strategic alliances at the business. Some may expect Monika to have had an easy transition into the hospitality world, but her story instead is one of hard work. She entered in somewhat humble beginnings as a receptionist and began to absorb all that was around her. During this time, she learnt lots about the people she worked with and for and this experience and knowledge is still something close to her heart. Today, she uses it in client meetings and for building relationships, it is simply the ability to understand people.

It may also surprise some that Monika didn’t want to enter the hotel world. However, at the age of 16 she was making pocket money from various part-time roles and fell in love with the industry. It was fun, exciting and different to any other sector. She began an apprenticeship at The Sheraton Frankfurt Airport where she worked across all departments over a three-year period. Following this Monika opened three hotels in France (Hilton, Shangri-La and Four Seasons) and also undertook an MBA in Hospitality Management from ESSEC Business School. Her 20 years of experience of hotel operations caught the eye of French hotelier Olivier Chavy who at the time was CEO of Wilson Associates and now of Movenpick Hotels & Resorts fame. He wanted Monika to open the Paris office of the Dallas-based business, and it just so happens that she was looking for a change, too. 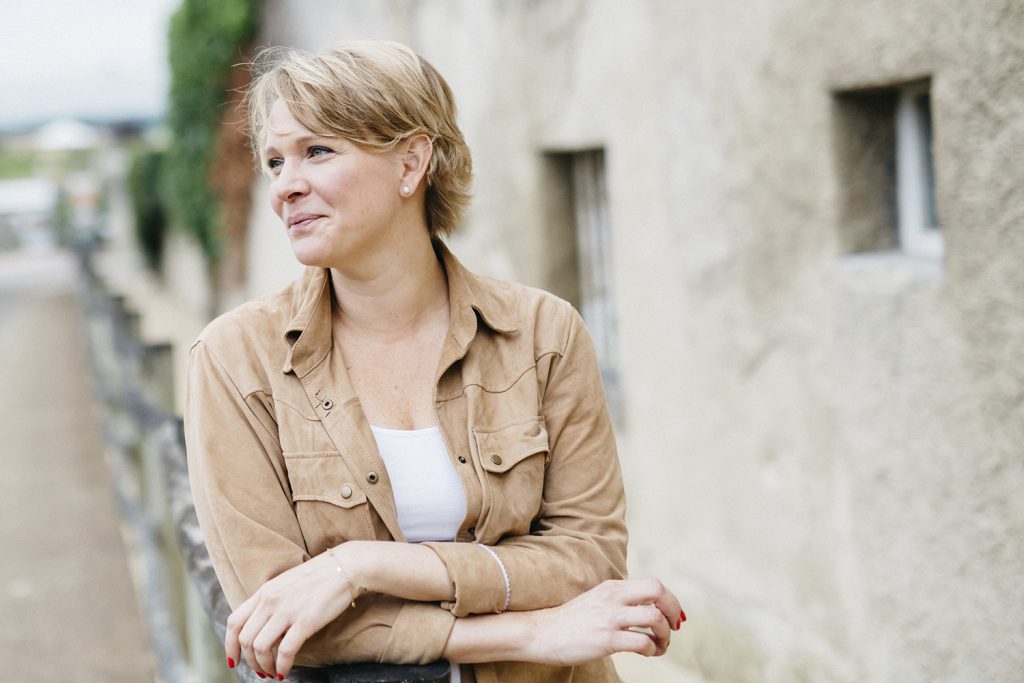 Monika explains, “I was really enjoying working in hotel operations in Paris,but felt ready for a change and Olivier was one of those rare characters who I would have probably followed anywhere. The opportunity to work with world-renowned interior architects really appealed to me and I believed I could take my experiences from hospitality into the business and make a difference.”

It was a step in a different direction, but a benefit for the hospitality sector. By having someone who really understood the operations side of the hotel industry, they could apply this knowledge when working on projects in this world. From as simply as understanding how service works or knowing what guests want from certain spaces and environments. Now Monika ensures her team equally understand how it works from the other side. With several high-profile projects underway, such as the Hotel Carlton Cannes and Hotel Scribe in Paris, Monika and team are clearly having a powerful effect.

Monika believes its all about people, networks and relationships and that this works across all industries. “I can apply all learnings from opening and operating hotels but especially the people piece. Manging people is so important. In hotels there is a distinct difference between housekeeping and front of house team for example. I also learnt how to deal with people during strikes and therefore human resources.” She jokes. “In France we network a lot and that’s powerful. Although relatively new to the London market I believe it’s the same here and I really enjoy attending various shows and fairs and meeting others. An interesting distinction is that there seems to be far more hospitality networking events compared to the design industry, but for the latter it is growing.”

“I train my team who I know can deal with what’s thrown at them, if they can’t then either I’m failing or they may want a change in job. That scares people so it’s important to create an environment of trust.”

This networking approach is core to Monika’s beliefs and passion and in France she has worked hard to create events within their offices which are focused on meeting others over a cocktail. It sounds simple but inviting competitors is something the design world has been less forthcoming about. This is one area Monika feels hospitality does really well and people can help each other when needed. “The same should happen in the design world too, it just makes sense to support each other.”

“Through the Paris Atelier we portray the image that we can only complete exclusive global projects, but we have many requests in Europe which are not at that “haute couture” level or they don’t have the same budget. We therefore decided to open in London to support these clients and coordinate European projects from the British capital. Many of the hotel associations and companies have their HQ’s in London, so it does make sense to be based here, in addition to Paris.”

Wilson Associates also have Blueplate, their speciality food and beverage design studio which provides consultancy, research, design and concept creation. Monika explains that this allows them to offer the whole package for those clients who require a solution for a larger remit. 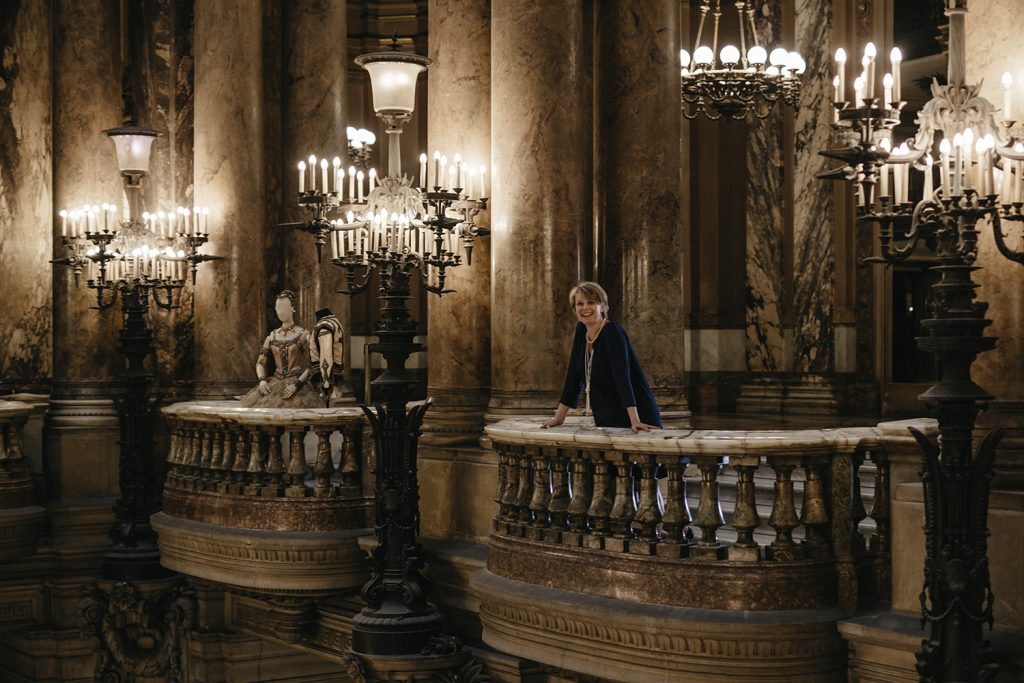 Monika also argues that Wilson Associates allows for a closer exchange of ideas between their designers. With easy transport routes around the world, the business can take design lead from New York, action in London with the assistance of Paris. She explains, “Its all about the exchange on what is feasible and matching our expertise with clients. We have 400 designers and want every single one to be involved depending on what’s required.”

This adapting to clientele allows Wilson Associates to be flexible despite the challenges of being a large global firm. Monika brings her operations experience from hotels into this to ensure there is a framework but fully appreciates that people need freedom and the chance to express themselves. She regular shares the P&L and revenue figures with her teams and when problems come up she tells everyone who in turn may find a solution. This open approach should be commended. “If one of my team needs to take half a day off, then I let them, they know their work load and deadlines Best, they are adults after all. I don’t believe work/life balance is a subject anymore, it is about being flexible and working to project. I train my team who I know can deal with what’s thrown at them, if they can’t then either I’m failing or they may want a change in job. That scares people so it’s important to create an environment of trust.”

“This can be as simple as having members of staff who are trained to work in any department like the concierge who can also serve coffee.”

A difference between London and Paris which Monika has noticed is who comes to the table on projects. In the UK the landscape designer brings the tree expert to ensure they know where they can move the tree, in France the landscape designer just makes the decision. She has also noticed that lots of the integral people in a project are not involved from the very start which in turn can cause future issues. They are interesting perspectives, but Monika believes positive change can be found.

For the future Monika believes that flexible offers are becoming much more important. Hospitality businesses are looking to create experiences for their customers which are fully focused on making them happy. “This can be as simple as having members of staff who are trained to work in any department like the concierge who can also serve coffee or the receptionist who can support housekeeping. Its all about being in a team who are trusted which in turn creates a strong culture.” She adds.

Monika may have ‘left’ hospitality but she is still very close to the sector near to her heart. With her knowledge and industry insight she is able to support her clients by working on projects which ensure they are providing the perfect environment and ambience to suit their vision and community. Wilson Associates can feel safe in the knowledge that spearheading their London and Paris office is a leader who has a deep understanding of people and that’s powerful.