Start-up Tails.com dishes up dogs’ dinners with a difference. The start-up provides freshly-blended, tailor-made dry food to meet your dog’s unique needs and it is planning to get £10 million in revenue this year. Read more 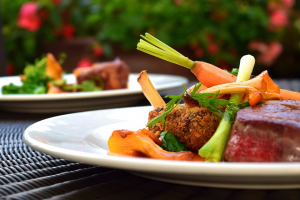 Food is the most popular industry for start-up entrepreneurs

Surveying 2,000 people in the days before and after the Brexit result (June 21 to June 24), Direct Line found that 2.25% of Britons surveyed want to start a business – a figure which equates to 1.3 million Brits when based on the entire UK population. 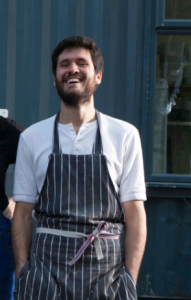 “When I was growing up I was one of those people who wanted to do basically everything.  My career so far has included stints as a night promoter, a musician, a baker, a mediator, a teaching assistant, a writer, a scientist… it goes on! I hope The Dusty Knuckle gets to a point where we are overseeing a successful youth employment program that sits within one of the happiest and most reputable food companies in the UK. Throughout my life I’ve been inspired by Farooq Chaudhry, Akram Khan, Mohammed Ali, Berry Gordy and too many other to mention! I learnt a lot from these models and today the advice I’d give to future entrepreneurs is to get busy and learn everything you can. Don’t waste your time trying to please other people unless they actually care about you. Endurance is the single most important trait for an entrepreneur.”