On Thursday, Hospa hosted their annual Hospace conference at the prestigious Sofitel in Heathrow. As promised, the conference was the biggest yet, with 100 more people in attendance compared to 2014. The sentiment amongst the delegates was certainly very positive. They found it informative, thought-provoking and educational.

The conference opened with an industry overview.

Results show that London has experienced steady RevPAR growth compared to the Provinces and the real winner being Cardiff at 17.8% (largely due to the Rugby World Cup). Glasgow has also shown positive growth at 0.6%, even after hosting the Commonwealth Games in 2014, suggesting the Games have left a positive legacy. London has experienced the most growth in the luxury market (6.5%), whereas the growth for the Provinces has been mainly in midscale and economy (8.9%) subsector.

PwC expect more growth in 2016, albeit at a slower rate. There are no big events like the Rugby World Cup and many disruptive forces are at play, such as the increase in use of Airbnb, Cyber Security/Crime and the possibility of Britain exiting from the EU. However strong performance will drive value, investment and big deals.

Research from CGA Peach showed that there has been an net increase of 1,300 new restaurants in the UK in 2015, proving the UK are a nation that likes to eat out. Results show that the industry has become recession proof, as people continued to dine out during the recession.

The largest growth has been experienced by the smaller players and the independent restaurants. Surprisingly, the biggest growth has not been experienced in London, but other cities such as Birmingham and Leeds. The growth has been driven through customers having greater choice and the introduction of the big malls. Research has also found its not money that influences whether people eat out, but its their age and where they live. The under 35s tend to eat out more than the baby boomers.

The outlook for the eating out industry is the growth in night markets, which attract young people, as they are seen as fun and attractive. People want indulgence, its about being different, exciting and giving more choice. This conversely will make it difficult to achieve good performance on like for like (LFL) sales. The LFL growth was only 1.3% in 2015, half the 2014 figure. It is key to understand Gen Y and the millennials and how they communicate, as traditional marketing methods are no longer relevant for them.

All the leaders businesses had experienced good growth in 2015 and all were optimistic about growth in 2016, believing there is a lot of buoyancy in the Provinces. However 2016 will pose its challenges, such growth of Airbnb, OTAs and price parity, the increase in foreign investment making acquisitions difficult in the UK and also the threat of new forces such as Google.

OTAs have been a topic of debate for number of years at Hospace, and this year was no different. All leaders were in agreement that they need to understand their customers better and implement and invest in loyalty programs to get their customers booking direct. The option of changing mind-sets and working in partnership with OTAs was debated.

The panel also discussed whether there was a strong need for technology in hotel rooms. Hoteliers are inundated with the amount of technology that is available on the market, from digital check-in to robots in the rooms, but guests actually just want the basics  good, free Wi-Fi. Most guests bring their own devices to hotels and on average each customer will have 3 devices, which impacts on the hotel Wi-Fi bandwidth and hence the customer experience. Legacy Hotels have found that investment in supporting the technology, such as USB points in the rooms, has worked well for them. Andy Townsend (Legacy Hotels) also pointed out that there is a danger the industry is breeding a generation reliant on technology, where employees do not have the product knowledge to do their job, which is impacting adversely on service levels.

The biggest worry for most of the panellists was the introduction of the living wage and how this will be funded, the impact on pricing and service levels. For some of businesses the impact was going to be as much at 9%. Only one of the leaders believed that the introduction of living wage is positive for the industry, as he believed it would attract the right talent.

Hospitality and the Digital Age: How the industry should embrace fast changing digital issues to maximise business potential.

The customer trends and brand margin (the perceived financial premium that a brand name adds to the intrinsic value of a specific product or service) as observed by the BDRC Group set the scene for the first spotlight session. Brand margin results show the hotels give away more than commission when their customers book through OTAs. According to Dr Tarrant, hotels were very good at providing content, but there is a lot of information and they don’t necessarily engage the market.

The world is constantly changing, and all the panellists agreed it was important for the sector to embrace the digital age to enhance the customer experience. Businesses need to understand their customer better, establish the pain points through the customers journey and think of ways that digital can be used to solve these.

The hotel sector is well behind retail and banking in their use of social media. Social media is the preferred channel of communication for Gen Y and Gen Z and in order to attract the customers of the future, the industry needs to up their game. Mike McCulloch of WE ARE Spectacular, said effective use of social media is about engaging the audience and treating it as a conversation, rather than an advertising your products/services. The strategy will vary from organisation to organisation, and its important to cater your strategy towards your customer. People like to follow people, rather than brands or companies.

The topic of big data was also discussed and the general consensus was there is a lot of data, from a number of different sources; people do not know how to use it.

The Challenges of Effective Inward and Outward Hospitality Management

The second spotlight session touched on two main topics. The first one being whether there is a direct correlation between TripAdvisor ranking and performance of the hotel. The panel were in agreement that there is no correlation, but TripAdvisor is more of a validation tool, which has raised the bar for the industry.

Performance of rooms versus non-rooms in hotels provided a very topical debate. Hotels are very good at selling rooms but poor are selling their non-room space. The sector needs to think about how it can create extra revenue or make the space more appealing for its customers. Currently RevPAR is the reported performance measure, and non-room figures are not reported. This will become an issue in the future, when shareholders and owners will look for other measures such as earnings per square metre.

The conference provided much food for thought, with UK firmly on the road to recovery and new challenges facing the sector, it will certainly be interesting to see how the future unfolds for the industry. 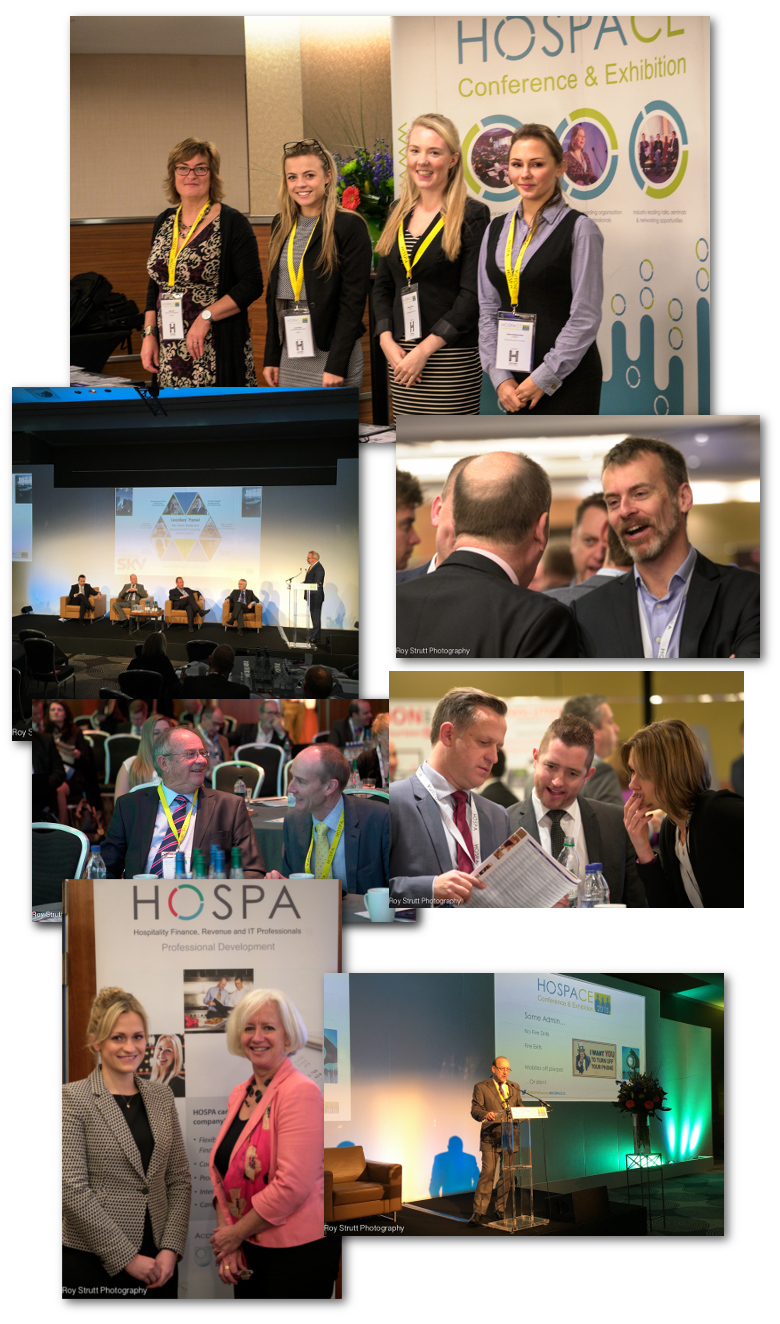