‘I cannot forgive you Gary Lineker!’

Pep Guardiola playfully reminds Gary Lineker of his days as a ball boy at Barcelona while Lineker was a player and says “I cannot forgive” you for never giving me your shirt! 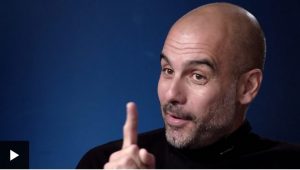 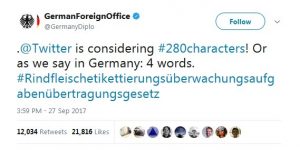 On the Tory slogan ‘Strong and Stable.

“But this Tory government does have one thing we lack. They have tracked down the magic money tree. It has been found. It has been to use.

I’m not going to say good use. It’s been put to use. But when it was needed to keep Theresa May in Downing Street it was given a good old shake. And lo and behold we now know the price of power. It’s approximately £100m for each Democratic Unionist MP.”

On the Tories’ £1bn deal with the DUP.

The BBC have released the first trailer for Blue Planet II which is narrated by series presenter Sir David Attenborough and  set to an exclusive track developed by Hans Zimmer and Radiohead. 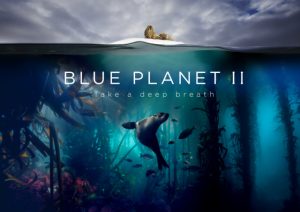 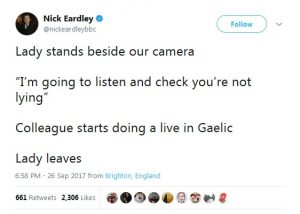 Huw Edwards:‏
“Lucky you’re not in Wales. You’d have been accused of *turning to Welsh deliberately* to upset her.”

Nick Eardley‏:
“She actually asked if he was speaking Welsh….”

Consumers are now paying for entertainment, food, beauty products and garments, even bacon. Zuora and YouGov research has found:

UK consumers’ average monthly spend on subscription services has tripled in the past year, from £18.49 in 2016 to £56 this year.

Architecture studio EFFEKT has designed a walkway to take hikers, tourists and fans of the great outdoors through, above and around a stunning forest in Denmark, without damaging or harming the the environment.
Picture: EFFEKT 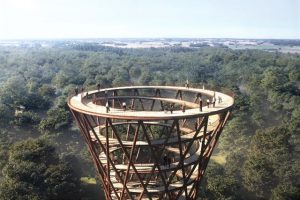