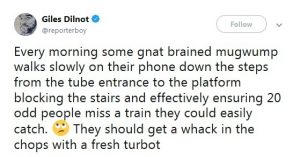 Headlines of the week

Full story in the Belfast Telegraph

“Topiarist woken up by ‘vicious drunks’ trying to have sex with his ‘lady hedge.'”

Full story in The Guardian

Highway to the Sky 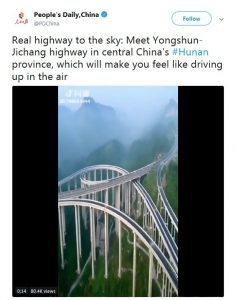 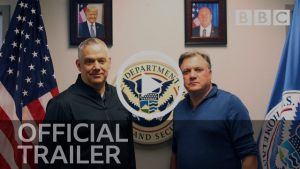 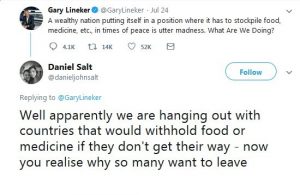 “I am gradually coming to the view that the monstrous chaos in government, caused in equal measure by ardent Remainers and deranged Brexiteers, is about to become our strongest card in the EU negotiations.

…the UK’s muddled, hopeless, rift-filled, divisive chaos provides our country with a stunning opportunity. Anna Soubry and her mates are the heroes of the hour, as the new UK strategy for managing Brexit becomes clear. I call it the ‘Chaos Bonkers Brexit Gambit’.

The Chaos Bonkers Brexit Gambit is pure genius. The EU is going to have to start making delicate and helpful overtures or the divorce bill is toast.

For the first time since this farcical negotiation began, I can see the need for real motivation from the other side. The Franco-German power brokers will throw the Irish border under a bus before they massacre the French dairy industry or place tariffs on Volkswagen trading with the home of the Golf GTI boy racer.

So, raise a cheer for the extreme Remainers in the House of Commons, and let’s give the Lords a summer Pimm’s bonus if they screw up the Trade Bill, too. They are the Champions of the Chaos Bonkers Brexit Gambit and I love each and every one of them.”

From Ed Hall, author of ‘Brexit and the UK Television Industry’.

“Paraguay is named after the pair of guys that first settled there.”

“Not a country but isn’t Twatt in Scotland named after Nigel Farage?”