How Many Americans Know Where North Korea Is?

Americans were asked to find North Korea on a map and we’re not sure if the result is hilarious or scary.

Hard to not watch this at least 10 times 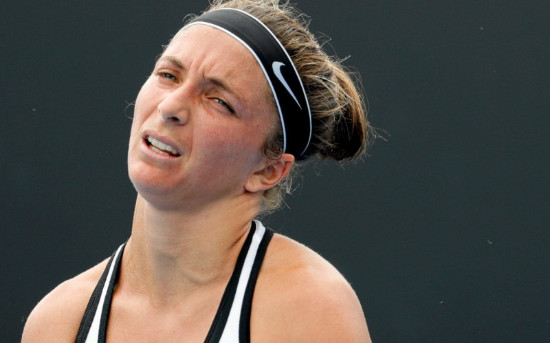 In an unexpected addition to the list of doping excuses, former world No 5 Sara Errani has been banned for two months after convincing an International Tennis Federation tribunal that she ingested a banned substance via her mother’s tortellini.

A chemical called letrozole was found in a urine sample that Errani donated in an out-of-competition sample at her parents’ house. The substance is used in the treatment of breast cancer, but it has also been associated with the promotion of muscle tissue in female bodybuilders. Find out more

If Brexit was art… 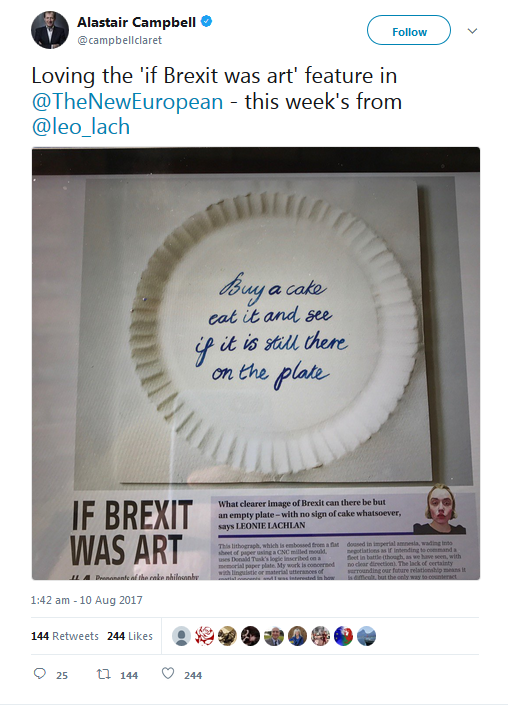 Following an interesting week the 10 ‘o clock news on Tuesday
had a peculiar line up.

A commenter said: “Dear BBCNews – Trump threats are only third on the 10pm news? Behind Zuma and athletics? Eh?”

A giant inflatable chicken near the White House?

A 10-foot-tall inflatable chicken that bears a striking resemblance to the US President has just perched itself behind the White House. The initiative was led by Taran Singh Brar, an artist and documentary filmmaker to protest against Trump for being a “weak and ineffective leader.” 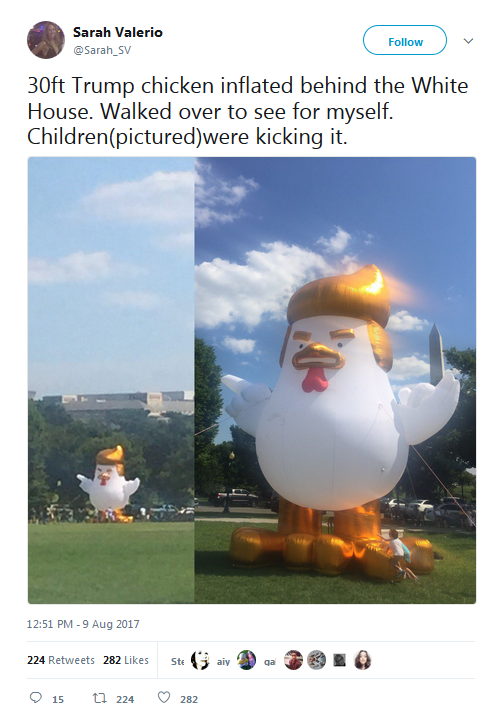 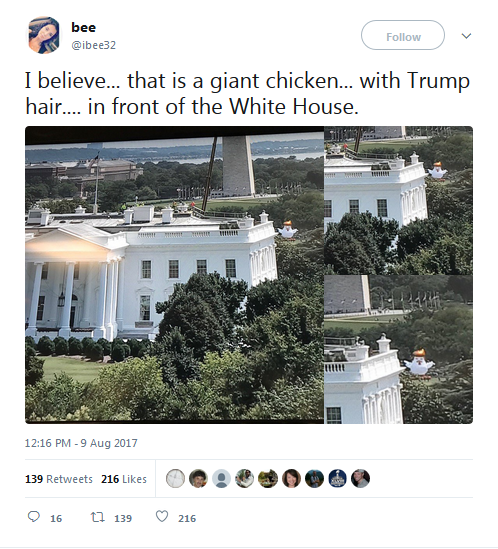 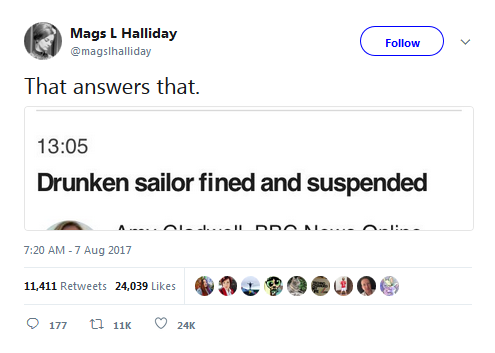