Cold call to the Bank of England 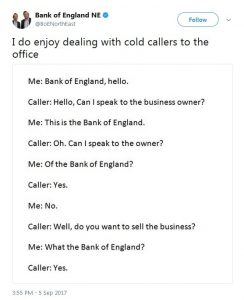 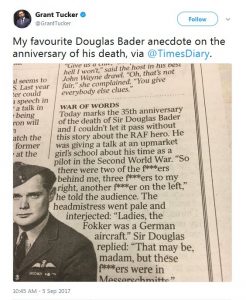 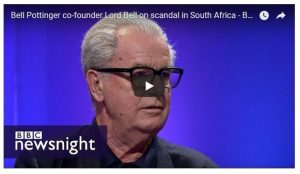 “Tim Bell is being flayed alive for his deceit over the Guptas on @Newsnight now. The once great Bell Pottinger is dying live on air. For someone supposed to be a PR legend, that was truly diabolical. Can’t remember watching a bigger car crash.”

“And Tim Bell is an expert in reputation management? #Newsnight”

“Enter A.N.Wilson; Kim Jong-un still hanging on in there…”

“This would be worst pub lock-in ever #newsnight”

For reference the programme included the Lord Bell car crash and UKIP leadership candidates Anne Marie Waters and Peter Whittle.
Only 11% of Brits have a zombie plan 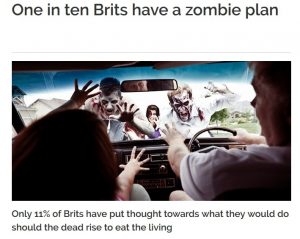 A previous YouGov survey found that 6% of Brits think the government should be developing realistic contingency plans for a zombie outbreak.

The 79 year old poet Gavin Ewart had a liquid lunch at the Café Royal with the FT. The next day Mrs Ewart phones:

“There are two things you need to know” she says “firstly Gavin came home yesterday happier than I have seen him in a long time. The second- and you are not to feel bad about this- is that he died this morning.” 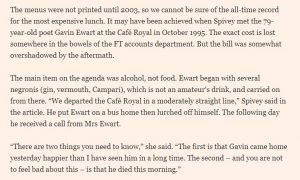 B&B owners reveal the books most frequently left behind.

One owner said that he had tried to take left-behind copies of the Da Vinci Code and Fifty Shades of Grey to a local charity bookshop but that the shop had a “No Shades and no Code, thanks” sign in the window.