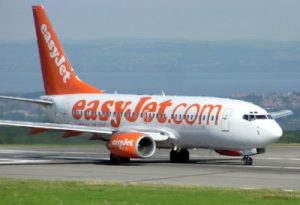 EasyJet has apologised to dozens of British passengers who were left stranded on a Greek island for two days because of rules protecting endangered turtles.

Around 180 passengers were stuck in Zante after a London-bound easyJet flight was cancelled on Sunday due to a technical fault.

Engineers were unable to fix the problem on Monday and a replacement aircraft could not be sent due to a night curfew rule at the airport, which is reportedly in place to protect the island’s loggerhead turtles from lights and noise. Read the rest of the story

Telegraph wrongly reports death of The Duke of Edinburgh 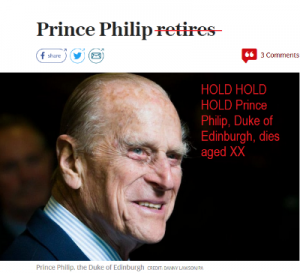 Someone at Telegraph towers has pressed the wrong button: a full-length report went live on the paper’s website this morning wrongly reporting the death of the Duke of Edinburgh. In fact, the alive and well Duke is today carrying out his final official engagement before retiring from public duties. The pre-prepared piece reads:

“The Duke of Edinburgh, the longest-serving consort to a monarch in British history, has died at the age of XX, Buckingham Palace has announced.

“Prince Philip, whom the Queen described as her “strength and stay” during her record-breaking reign, passed away XXXXXXX

“He will be given a royal ceremonial funeral in line with his wishes, which is expected to take place in seven days’ time.”

A note at the head of the copy reads: “This file needs to be a living file – and will serve Apple News as well as be the main news story. Please stick to the format below.” Amusingly, the piece rather prematurely quotes “palace insiders“:

“Palace insiders have said the Duke specified he wanted a “low key” funeral at St George’s Chapel, Windsor Castle, where he will also be interred.”

What would Phil say… 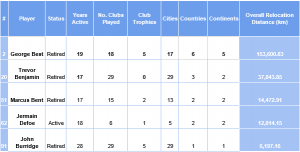 Study reveals which players have relocated the furthest distances due to team transfers, and how many cities, countries and continents they have moved to during their playing careers.

Online moving platform Movinga has conducted a study of over 170 football stars around the world, ranking them in order of the players who have relocated the furthest distance throughout their active playing careers.  View the full report 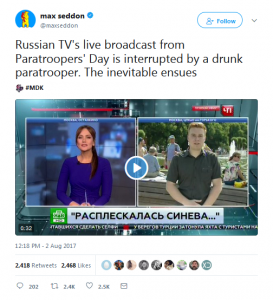 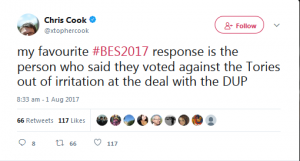 A Devastated Stephen Colbert Sings Farewell To The Mooch

“I come to you tonight — a broken man,” he began, “because just this afternoon, I was shocked by this breaking nooch.” Watch from 6′ 26” here 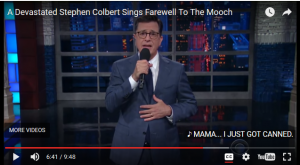 These Gorgeous Wedding Dresses Are Made Entirely Out of Toilet Paper.
The ultimate DIY project.

Brides can get pretty creative when it comes to DIY crafting for their wedding, but these dresses take it to a totally new level.

Ten women from across the country competed as finalists in the 13th Annual Toilet Paper Wedding Dress, creating dresses completely out of toilet paper — a combined total of 247 rolls — for a chance to win the grand prize of $10,000. In addition to toilet paper, designers were allowed to use glue, tape, and thread for assembly-purposes. Read more 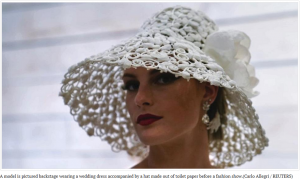