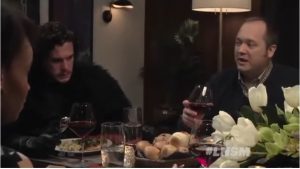 With Game of Thrones season coming up…

“I worry very much about Mr Barnier. I met Mr Barnier when he was a Minister. He came to see us at the Treasury. He came down the corridor and I was watching him. I am a great fan of art and I was rather impressed that he stopped to look at every painting. I thought this is a man with whom I share a common interest-until I realised he was actually looking at his reflection in the glass on every painting, and adjusting his hair or his toupee. This to me is a man whom we should treat with a very long spoon.” Read the full account here

Worst 20 seconds of football ever…

“The guy taking the corner is the only indicator of which team is attacking. Even then I am not so sure.” View the video here

A new study by American Express has revealed that holidaymakers are likely to spend an average of £273 before they have even left their front door, stocking up on holiday items ranging from goggles and gadgets to games.

As a nation, Britons take an average of two holidays a year, either abroad or in the UK, equating to an average £546 spent on holiday preparations – more than the average UK weekly wage.

Do you live in the world’s laziest country?

Scientists at Stanford University have analysed 68 million days’ worth of data from people’s smartphones to study physical activity on a global scale.

Hong Kong was top averaging 6,880 a day, while Indonesia was bottom of the rankings with just 3,513.  View the results here 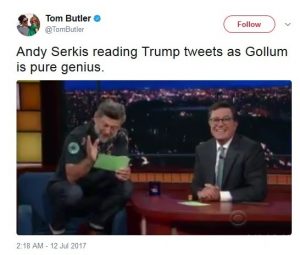