He said: “I’ve had Cronus since he was a spider-ling, so I have a very paternal sort of approach”.
“It’s very much the same sort of love and care that I give to my spider as I give to all MPs.”

Apparently MP Nadine Dorries on a recent visit said:
“I ate one of those when I was in the jungle” 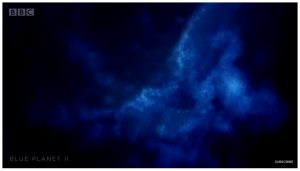 To film Mobula rays at night, the Blue Planet II team use a special camera that allows then to see in almost complete darkness. As the rays glide through the dark water, their movement causes plankton to glow which is picked up my the camera.

“There is a difference between giving up and knowing when you have had enough.I have had enough and realise I cannot work with you, the people I employ, a moment longer.
There comes a time in any relationship when you just have to say ‘F*ck it’, say goodbye and move on.This is my time!”
At the end of of the memo, which was appropriately titled ‘The End’, he added:

“Gates are now closed and will not open so [staff] can stay in your scratchers Monday and have a lie in.” More about the sacking here.

And President of the United States in Jaws 16.”

“Okay, so he was weak on Shark. But he kept their taxes low, damnit!”

“He obviously played the “shark was fake news” card well.” 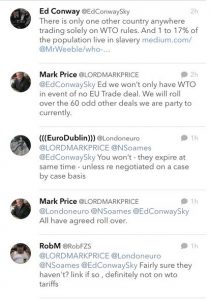 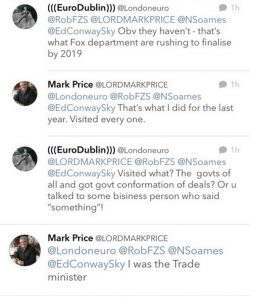