Which Central European country is producing some of the best craft beers in the World? 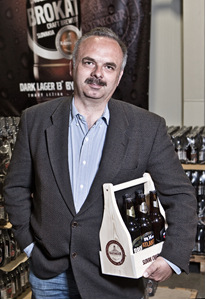 When it comes to beer production and consumption, Slovakia might not be on top of the list for beer lovers, however this is about to change. A current boom in reviving old breweries and launching new local ones allowed Slovakia to add beer to its list of attractions.

Not many know that beer is greatly connected with Slovak territory. As a matter of fact, it is a traditional Slavic alcoholic beverage, which historically was considered the source of life, wisdom, courage and strength, and as such was preferably served to the kings and war heroes.

There are only few breweries in Slovakia that produce exquisite beer using traditional methods and preserved it carefully kept secret for centuries- Kaltenecker brewery being one of them.

Kaltenecker is a family run brewery, located in the small city of Roznava. It was established in 1997 and ranks among the oldest restaurant breweries in Slovakia. Regardless of its modest location, it has made a name for itself gathering prestigious awards from various national and international beer competitions.For example, the Slovak Brewery Academy awarded Kaltenecker with the tile of Brewery Of the Year for 2011.

Kaltenecker produces over 30 varieties of beer a year. Considering the fact that most of its beers are only made as a limited edition, and only available in a limited number of places, they are getting serious attention from the beer-lovers community. Producing about 1.5 million liters of beer a year, Kaltenecker Brewery is only a few 100,000 liters away from stepping out of the microbrewery category. They are growing and building their reputation with every step. 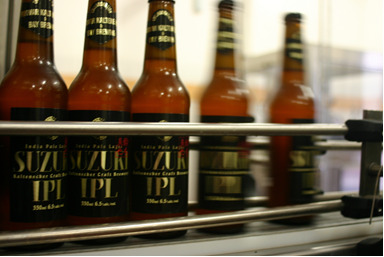 Ladislav Kovacs- the CEO of Kaltenecker Brewery, the vice-chairman of the Association of Small Independent Breweries of Slovakia as well as a beer enthusiast, believes that prospects for becoming successful in international market are very good, especially because nowadays people are looking for something exceptional, they crave a bigger variety of tastes, and his product can provide this. Kaltenecker specialty beers have not only unconventional flavors but also are preservatives, sweeteners or any other chemical free. 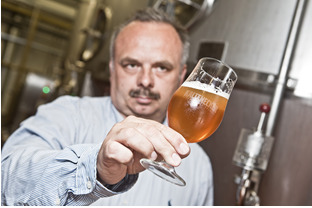 Behind every brand there must be an interesting, but realistic and believable story that sells. Our story is about a wide range of non-traditional beer specials of high quality and great flavors designed especially for demanding clients. We currently produce 35 kinds of beer specials throughout the year intended to countries around the world. In less than 20 years since opening, we have developed among the most progressive craft breweries in Central and Eastern Europe today

Our goal now is to grow and the UK does interest us. We do benchmark our beers against the best in the UK, so for us, it would be an exciting development to be able to serve our beers in the UK and build a customer base.

Of course, it will take time but we are passionate about beer. We love what we do and we produce award winning beers that would be appreciated by both the connoisseur as well as the average beer drinker. 

Even though, Mr Kovacs studied Mineralogy at the Technical University in Kosice, passed tasting tests in the Research Institute of Brewering and Maling in Prague and spent thousands of hours reading professional literature, he believes that beer is a beverage that can be still endlessly explored. During my career I tasted several thousand brands of beer within the tastings, but when someone asks how many beers I know, so I will answer that only two beers I know: beer, good and bad. Different kinds of beer do not even exist

Kaltenecker beer continues to win great acclaim at competitions in Slovakia as well as abroad.

What do I say to potential customers? he asks, Give us a try. Try our beers and I believe our product will do the talking for us. You will not be disappointed. People may not know too much about Slovakia but beer is as important to our culture as it is in the UK. We both are strong beer cultures.

There is so much more potential to explore. If you would like further information please contact Diana Kozlowska