One of the most fascinating aspects of this deep and long recession is that the traditional institutions and structures have struggled to be effective during a period which has challenged everyone, and which is seeing a new generation begin to emerge. EP has worked closely with a group of new emerging leaders and there is no doubt that that industry possesses some exceptional talent that will take it forward.

However, it is fair to say that this new generation have felt “detached” from industry bodies and would like to see change.

In August, EP conducted some initial research on the landscape of professional development bodies in industry. The research was with three industry groups:

Why did we conduct the research?

We were prompted for five reasons:

It is only correct to note that there is general confusion over who and what an industry body is when connected to professional development. One can argue it is important to define, but it is equally important to recognise the confusion. The need for clarity is one of the core points that arises from this debate.

There is no doubt that there are many great initiatives and work is being undertaken from the spectrum. Many bodies are praised. This is not an attack on their work but without doubt the message gets lost, there is too much noise and it is not co-ordinated. One of the most common observations is that “I get asked for money every day by one body or another and there is no transparency and reporting back, so I just delete.”

It may be that the issue is just one of better communication but if so, then this debate is worthwhile.

During a period of recession, it was expected that the research results would be negative, but the overall picture presented back was surprising. This was that the current landscape was not fit for purpose for the 21st Century. 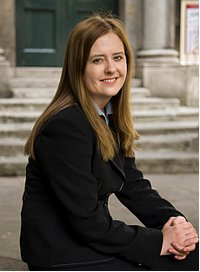 If we then breakdown the results to the emerging leaders group, the following results appear:

Of course, all research can be questioned and distorted. EP was very aware of this point, so we set out to test these results with both a series of focus groups and one-to-one meetings, in order to listen and compare these discussions to the data. The meetings were conducted with both emerging leaders and seasoned industry leaders.

Far from undermining the research, the commentary confirmed the need for an open debate as to what is needed, and how can effective change be actioned.

The research has deliberately remained confidential whilst EP conducted feedback sessions and only now, after a whole range of private discussions, to de we bring this debate to industry.

Yes, there will be those that will question our motives but the reality is that:

EP will be hosting a number of larger discussion forums with both industry leaders and emerging leaders in conjunction with the leading professional bodies, so that we can develop and evolve this debate in a sensible and constructive fashion.

Yes, we will be questioned and criticised but there is no doubt that there is some superb talent coming through that do not feel that are supported once they reach a certain level. This is also supported by the number of discussions that everyone has heard which asks: where are tomorrow’s leaders?

“I was well developed until I reached general management level and now there is far less interest or input and I do not know where to turn or go.”

At the end of the day we are asking industry to look at the big picture to make sure we are preparing talent in the right way for the future.