Carnaby Street is one of London’s most vibrant streets. Located in the Soho district, it is laden with numerous fashion and lifestyle retailers on its pedestrian street level. Mixing pleasure with business, the street is also home to various offices in the upper levels of its buildings. EP heard of a new member joining the block in the form of London’s first female-led club for professional women. Named The Other Club, this new member’s organization shall be occupying a pop-up space at Kingly Court for the next two months. A visit to their website and events section demonstrates just how busy The Other Club aims to be during that time frame. By day it will offer hot-desk working space for women and by night the venue transforms to a meeting space to host a range of talks, Q&A forums, supper-clubs and networking events. We interviewed Katie Glass, one of the founders, to find out more about how this new initiative began. 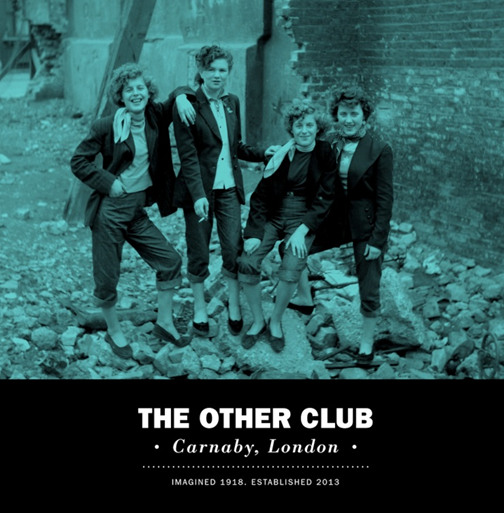 How did the idea for The Other Club come about? Are Joy Lo Dico (co-founder of The Other Club) or yourself members of any other club?

We were running a supper club for female journalists and wanted to branch out into other professions. We also loved the idea of creating a platform where women could be inspired by other women. A club seemed the right – and a lovely – way to go. We didn’t want a name for our club that was ‘womany’. The Other club is kind of ironic, we don’t feel ‘other’ at all.

From the time the idea was conceived, how much time was spent trying to set it up?

It all happened incredibly quickly. We always wanted to be in Soho (accessible to everyone) so when we got the space we had to move quickly. After that we started frantically programming events. The run up was less than a month but the panic somehow just made it just happen! The 30th of September was our official launch.

We have been overwhelmed with support. In the first week our website had 50,000 views.

Events seem central to The Other Club. What has been your most popular event to date? If you could get any speaker who would it be?

The debate we’re holding between Playboy bunnies and the No More Page Three campaigners sold out in a flash.This will be a unique debate between the bunnies and the feminists.

As for ideal speakers, I’d love to get Kate Bush and Stevie Nicks down. Or Doris Lessing.

How many members do you have so far? Are there any specific goals you would like to achieve?

Around 1000 (and we’ve only been going a week). We’d love a permanent space and then…
who knows…

Events in the next few months include a talk from Kate Nash on her experiences of the male-driven music industry and talks by Daily Mail columnist Liz Jones, TV classicist Mary Beard, Erotic Review founder Rowan Pelling and Honey Money author Catherine Hakim. The club is not about excluding men. They are welcome to come along but are encouraged to come with a woman. The founders of The Other Club are both journalists for various publications in London. Katie Glass is most known for her role as a feature writer for The Sunday Times Magazine. One can also find her writing in publications including The Daily Mail, The Observer, Elle Magazine and Marie Claire. Joy Lo Dico writes for the Evening Standard and is currently the deputy editor of the Londoner’s Diary as well as a contributing editor to Britain’s Prospect magazine.

For more information on all of the initiatives run by EP or to get (more) involved with the community, please contact Nicole Thompson